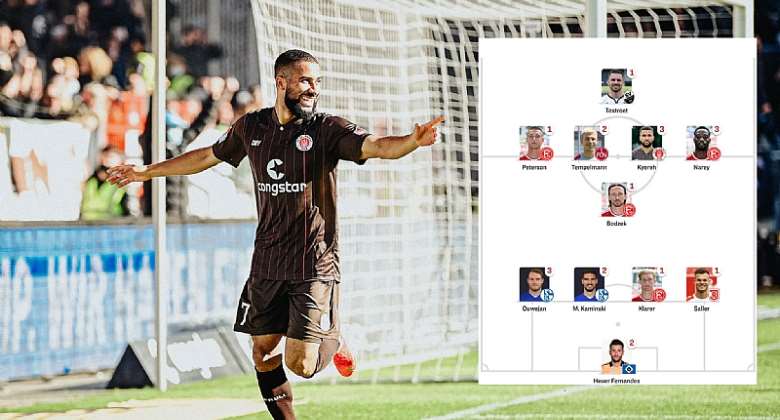 Ghana forward, Daniel-Kofi Kyereh has been named in the German Bundesliga 2 ‘Team of the Week’ after his top display for FC St. Pauli in the game against Hansa Rostock over the weekend.

The exciting attacking midfielder featured for his team on Sunday when they hosted the matchday 11 opponent of the ongoing season to battle for the crucial points at stake.

In a game where the Black Stars forward started, he scored for FC St. Pauli in the 18th minute to double the lead for the team six minutes after Jackson Irvine had opened the scoring for the side.

Going on to play 83 minutes for his team, Daniel-Kofi Kyereh was instrumental for FC St. Pauli as the club scored two additional goals through Guido Burgstaller and Simon Makienok to grab all three points.

For his top performance that earned him a rating of 7.8 from SofaScore, he has been name in the Kicker German Bundesliga 2 Team of the Week for matchday 11.

COVID-19: Government to announce more measures ahead of Chri...
31 minutes ago