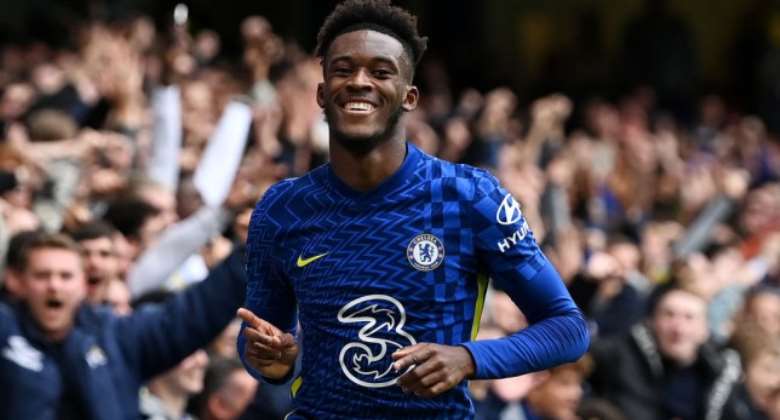 The 20 year old put up an impressive performance in Chelsea's 7-0 win against Norwich at Stamford Bridge.

Hudson-Odoi replaced Werner on the stroke of half-time in the 4-0 victory over Malmo in midweek and set up Kai Havertz’s goal in the second half.

The winger was rewarded with a starting berth for the clash against Norwich, and he delivered with a smart finish from Mateo Kovacic’s through ball to put the Blues 2-0 up at Stamford Bridge.

He also contributed heavily to Chelsea’s fifth goal as his cross was diverted in off Canaries full-back Max Aarons.

Though Daniel Farke’s side were dismal, especially defensively, Hudson-Odoi produced a fine display and was happy with how he and the team performed.

‘I’m delighted with the team’s performance, not just mine,’ Hudson-Odoi told Stadium Astro.

‘We created a lot of chances, found a lot of openings and it helped us as a team to get the opportunities to score and assist goals.

‘As Norwich were sitting back a bit it could’ve been difficult but we found our way through and it was good we got the seven goals.’

When asked how he can become a regular starter, he replied: ‘My aim is to play in the front three, scoring goals and assisting.

‘Contributing to the team as much as possible will help no matter what, so I say to myself I’ve got to work hard, keep improving, off the ball as well.’