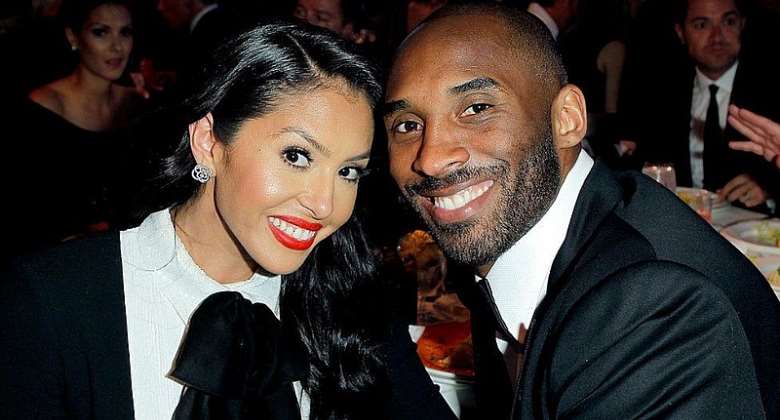 Vanessa Bryant, the widow of Kobe Bryant, said she learned about the death of her husband by seeing "RIP Kobe" notifications on her phone.

Basketball star Bryant died with his daughter, 13-year-old Gianna, and seven others in the January 2020 crash.

Ms Bryant is suing the Los Angeles County Sheriff's Department for negligence and invasion of privacy.

She alleges that officers shared graphic photos of the crash scene, including Kobe and Gianna's bodies.

During a deposition, a county attorney asked Ms Bryant when she was first made aware of the crash.

Ms Bryant said that she was informed by a family assistant that her husband and daughter had been in a helicopter accident, but that five people had survived. She thought that they were likely among the survivors.

"My life will never be the same without my husband and daughter," she added.

Kobe Bryant, his 13-year-old daughter and seven others died when a helicopter crashed in California last year

In March, Ms Bryant published the names of Los Angeles County police officers who she said shared graphic photos of the scene of the crash.

She alleges that one of the officers shared with a bartender photos of Kobe Bryant's body and the others distributed "gratuitous photos of the dead children, parents, and coaches".

"I don't think it's fair that I'm here today having to fight for accountability," Ms Bryant said.

"Because no one should ever have to endure this type of pain and fear of their family members. The pictures getting released, this is not okay."

Ms Bryant said that she had asked Sheriff Alex Villanueva to make sure nobody took photos at the scene.

The sheriff's department has declined to comment on the pending lawsuit.

Ms Bryant said that she has kept the clothes her husband and daughter were wearing when they died.

"And if their clothes represent the condition of their bodies, I cannot imagine how someone could be so callous and have no regard for them or our friends, and just share the images as if they were animals on a street," she said.

Thank you for the wonders of Ghanaian culture, tradition — S...
7 minutes ago