PL: James Maddison strikes to give Leicester victory at Brentford 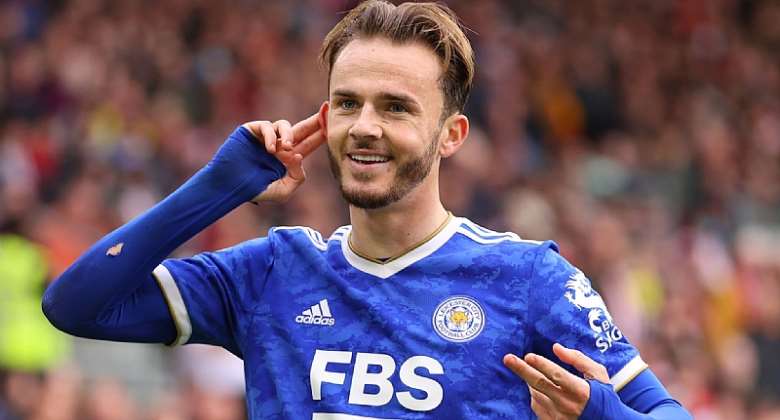 Leicester City scored twice against the run of play to snatch a 2-1 victory from Brentford at the Community Stadium.

The hosts dominated for much of the game, but Youri Tielemans' piledriver and James Maddison's late strike were enough for the clinical Foxes to condemn Thomas Frank's side to successive Premier League defeats for the first time.

Brentford started with real intensity and thought they had taken the lead through Ivan Toney after just six minutes, but the offside flag was raised against Rico Henry in the build-up.

Toney had already gone close and Brentford looked to be in the ascendancy when Bryan Mbeumo shot wide after linking up well with last season's top scorer.

Tielemans put Leicester ahead just shy of the quarter-hour mark when the ball fell to him outside the area and he fired it into the top corner, just a week after a similar effort against Manchester United.

But the goal didn't stunt the hosts' rhythm, while Leicester struggled to keep hold of the ball.

Ten minutes before halftime, Toney was denied again, this time by Kasper Schmeichel, who tipped his goal-bound header over the bar.

Brentford got their reward for pressure when Matias Jorgensen headed home from Mathias Jensen's inswinging corner. From then, it seemed like they could go on and win it.

But Leicester were making good use of the space which was opening up on the counter, and through substitute Patson Daka, they broke forward and scored when the striker laid the ball on a plate for Maddison to roll home a rather undeserved winner.

One Teacher One Laptop: Teachers Alliance to demonstrate on ...
18 minutes ago