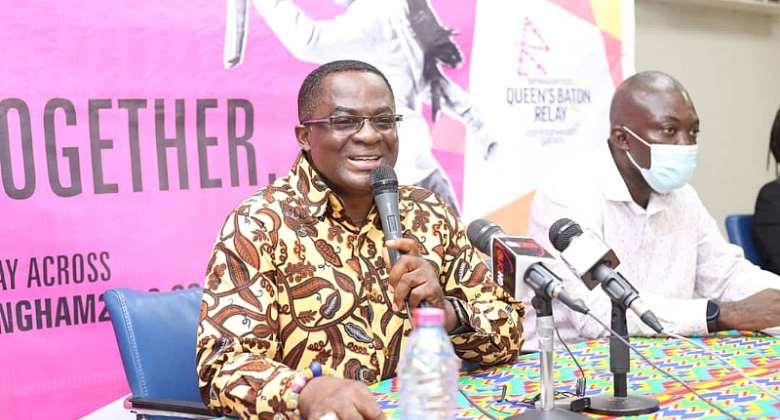 A press conference to brief the media on Ghana preparations for the Queen’s Baton Relay has been held on Thursday at the Accra Sports Stadium.

The Baton will land in Accra Ghana on Monday. from 26th -28th and will move across the principal streets of Accra, Tema and Kumasi.

H.E Nana Akufo-Addo will first receive it in a short ceremony at the Jubilee House from Sierra Leon before it moves to Cameroun.

He urged the various sports federations to work hard to motivate their athletes to win more medals for the nation.

He said the youth of Ghana who are the stars of the nation in sports must be supported.

The Baton will be held by other dignitaries including the Chief of Defense Staff and the Inspector General of Police, the Commonwealth Games Ghana President, members of the committee and other important sports personalities.

Popular artists like Kofi Kinaata and Stonebwoy will also be Baton bearers.

Mr Isaac Duah, a member of the committee said Olympic bronze medalist, Samuel Takyi, Coach Asare and other sportsmen and women who represented Ghana at the last Commonwealth Games will also bear the baton during the relay.