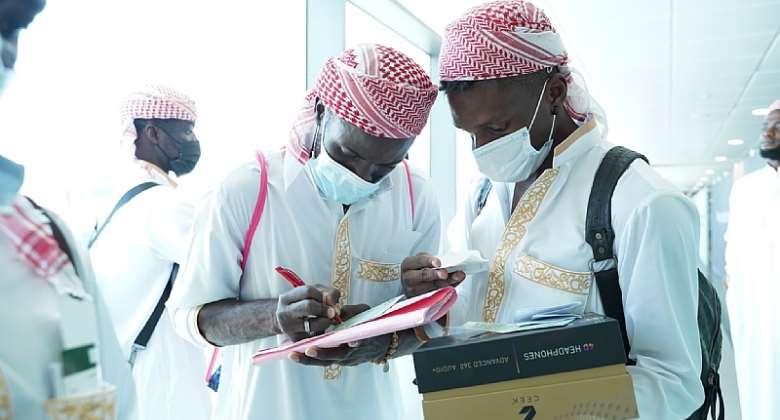 Asante Kotoko have safely returned to Ghana on Friday after an unimpressive pre-season camp in Dubai, United Arab Emirates.

The Porcupine Warriors after two weeks training tour in the Arab left the country on Thursday evening for the West African country.

Despite failing to win any of their three games played, Asante Kotoko will be hoping to win something meaningful under new head coach, Prosper Narteh Ogum.

The club ended the 2020/21 football season trophyless under Mariano Barreto.

About 13 players have arrived at the club as new signings with most of them taking part in the pre-season.

Kotoko begin their 2021/22 Ghana Premier League with an away game against Dreams FC at the Theatre of Dreams at Dawu before hosting Bechem United at their home grounds, Baba Yara Sports Stadium.