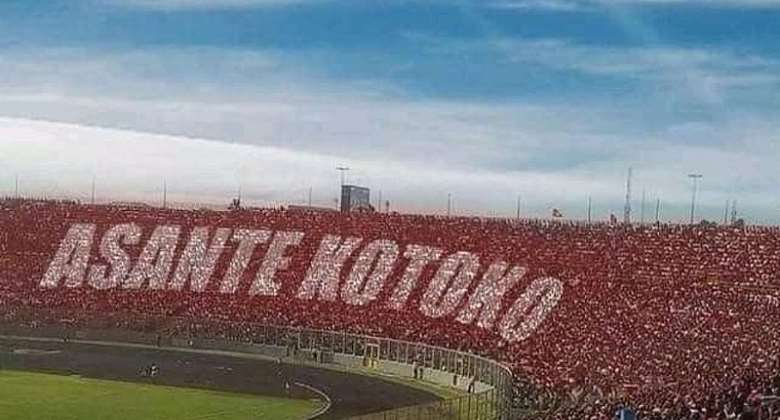 David Obeng Nyarko, the Public Relations Officer of Asante Kotoko has charged the club’s fans to create an “uncomfortable” atmosphere for visiting teams at the Baba Yara Stadium ahead of next season games.

The Porcupine Warriors will return to their fortress for the 2021/22 domestic football season after the completion of renovation by the government of Ghana.

Kotoko did not played at their home grounds due to renovation will return to their favourite grounds.

David Obeng Nyarko is therefore urging the teeming fans to create a tensed atmosphere for the away teams.

“We are expecting our fans to be in the stadium but they shouldn’t come as spectators. They should create a very tough atmosphere which no club will come to Baba Yara and be comfortable,” Obeng Nyarko told Otec FM.

“The fans should come to the stadium to support, cheer and encourage the boys till the final whistle. They shouldn’t come with the motive to insult or submit a hash treatment on a player.

“We will continue to need the prayers and love they have for us. Let’s create an atmosphere that will help us grab all the maximum points that will make our season successful.” He Concluded.

Asante Kotoko have completed their overseas pre-season in Dubai where they engaged in three friendly games to toughen the squad ahead of the start of the 2021/22 Ghana Premier League season.

A final friendly exercise against LaLiga Academy HPC ended 1-1 to wrap up their pre-season tour of the United Arab Emirates.

The Porcupine Warriors went the whole of last season without a trophy and will return to open their next season Ghana Premier League campaign against Dreams FC at the Dawu Park.

'We will stand united to oppose e-levy' – Haruna Iddrisu but...
57 minutes ago