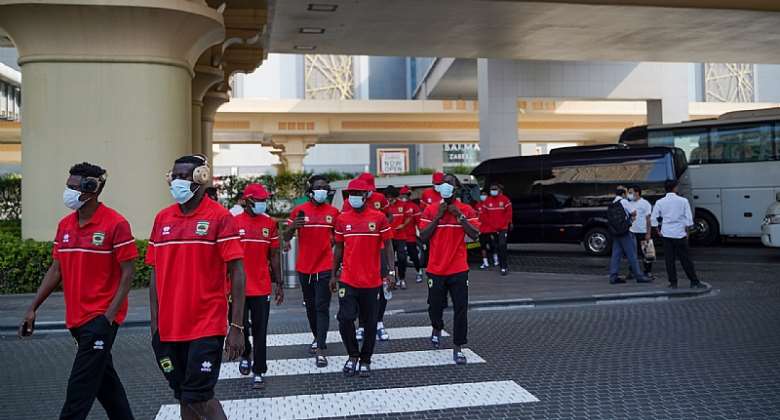 Despite the calmness in camp ahead of the 2021/22 Ghana Premier League, fans seem to be perturbed with Asante Kotoko's form ahead of the football season.

The Porcupine Warriors left the shores of Ghana two weeks ago for a pre-season tour in the United Arab Emirates ahead of the new campaign.

Before the team departed for the pre-season, several signings were announced while other players teamed up with team in Dubai.

Kotoko first played Al Hilal United but suffered a 1-0 defeat. Following the game, Nana Yaw Amponsah, who is the Chief Executive Officer of the club reiterated that the team will come good in the subsequent games.

In their second game, the Porcupine Warriors played Liwa FC, a game that ended 1-1.

The lack of win in any of the games played has become a major concern for the fans of the club ahead of the season.

Kotoko have already signed 13 players ahead of the new season including two Cameroonian players.

The playing body are expected to arrive in Ghana later tonight to prepare for the upcoming season.

After ending the 2020/21 football season trophyless, the club will be hoping to make amends with Prosper Narteh Ogum in charge as the head coach of the club.

Asante Kotoko now turn their attention to their matchday 1 game against Dreams FC at the Theatre of Dreams.

COVID-19: Government to announce more measures ahead of Chri...
12 minutes ago