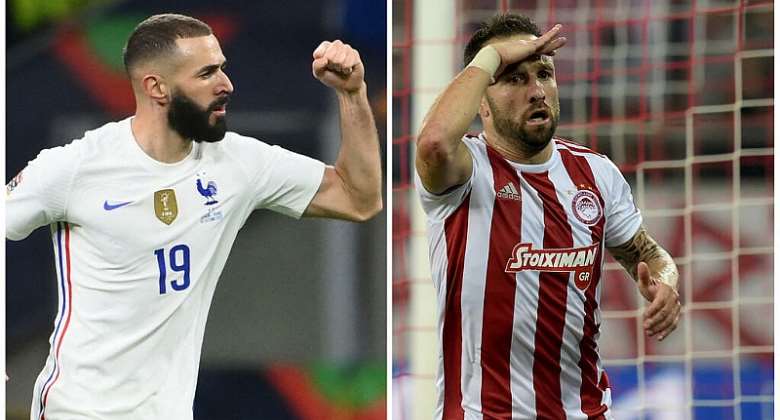 Five men including the Real Madrid and France striker Karim Benzema are expected to discover their fates on Friday in the 'sex tape' saga that wrecked the international career of Mathieu Valbuena in 2015.

Benzema, who has not attended the trial at a court in Versailles just outside Paris, denies being part of a plot to extort money from his former France teammate.

Angot is also accused of breach of trust. They all deny the accusations.

On Thursday, Zouaoui told Valbuena in court: "I apologise from the bottom of my heart. I really regret it."

The affair was dubbed the sex tape affair in 2015 when Valbuena was allegedly told sexually explicit material would be made public if he did not pay money.

The court heard the contact came nearly a year after Valbuena had handed his smartphone to Angot and asked him to to transfer its contents to a new device.

Find
Prosecutors told the hearing that after finding the video, Angot explored ways with Zouaoui to approach Valbuena and threaten him.

The men went to the former France international Djibril Cissé, who refused to act as their messenger. He warned Valbuena of what was brewing.

"Initially, I didn't believe it, I thought they were bluffing," Valbuena told the court during initial hearings on Wednesday.

He said Cissé, who had himself been the victim of a similar blackmail attempt, described to him the contents of the video.

"I felt in danger," Valbuena told the hearing. "My first reflex was to file a criminal complaint. I feared for my sporting career and for the French team.

"I knew if the video came out things would be difficult for me in the French team, as was proven to be the case later."

Help
Benzema claims he was trying to help when he approached Valbuena about the sex tape in October 2015 and told him he could help him find someone to "manage" the affair.

He also warned Valbuena that he was dealing with "very, very heavy criminals".

Loss
Both Valbuena and Benzema lost their places in the national squad amid the lurid headlines though Benzema was restored to the fold just before last summer's European championships.

Prosecutors told the court on Thursday said they wanted a 10-month suspended sentence for Benzema and for him to be fined 75,000 euros.

"Benzema is not a good Samaritan who tried to help," said Ségolène Mares.

"He acted to allow the negotiators to reach their aim and the blackmailers to obtain money."

Prosecutors point to a phone-tapped conversation in which the striker told a friend acting as a middlemen for the suspected blackmailers that "he's not taking us seriously" as proof that Benzema was an accomplice to the extortion attempt.