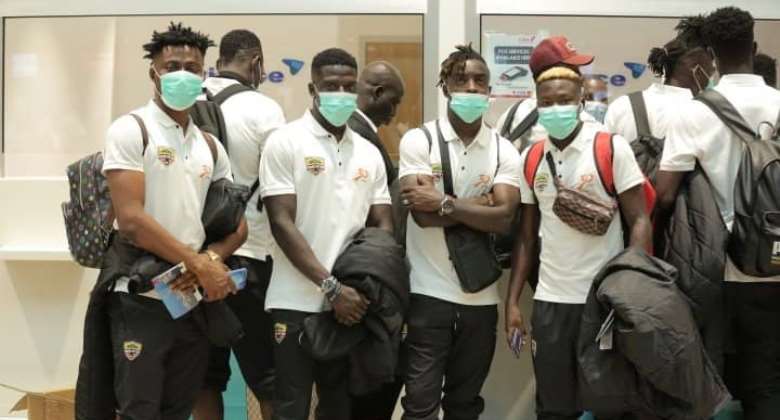 Accra Hearts of Oak have left the shores of Ghana for Morocco for their 2nd leg encounter of the preliminary round of the Caf Champions League.

The Phobians will be hosted at the Stade V Mohammed for the second leg game against Wydad Athletic Club on Sunday.

Hearts of Oak recorded a slim 1-0 win over the Moroccan side in the first leg at the Accra Sports Stadium with Isaac Mensah scoring the only goal of the game in the first half.

A total number of 24 players together with the technical team and a leader of the delegation left the country today.

The much-anticipated showdown has been scheduled to kick off at 18:00GMT.

Hearts of Oak will be hoping to secure a place in the group phase for the first time since 2006.

Below is a full list of the squad for the game.