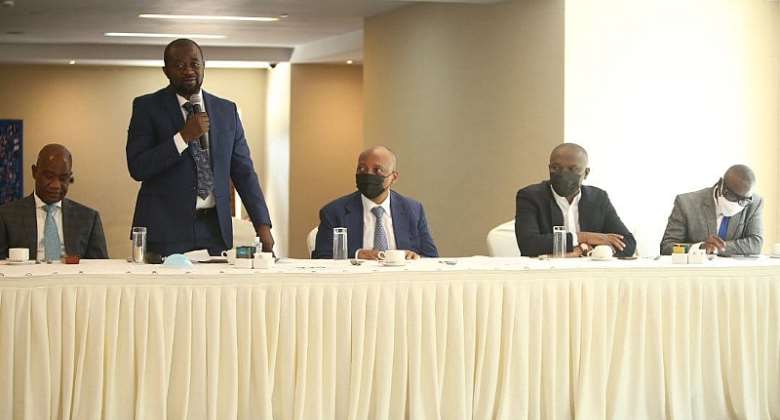 Ghana have been known for its prowess in football in the past. The Black Stars played the quarterfinals in the 2010 World Cup and become the first African country to win U-20 Fifa World Cup.

Speaking at a breakfast meeting with CAF President, Patrice Motesphe, and other dignitaries, the GFA boss was bullish in his expectations for the country’s football teams.

“Very soon Ghana will be dominant on the African continent," he said.

Mr Okraku, however, explained that this was based on the performance of the U-20 side, the Black Starlets, who won the U20 African Cup of Nations earlier this year.

He then reminded the attendees that the success of the senior team, the Black Stars at the 2010 World Cup was based on investment in grassroots and juvenile football.

“Ghana must always be at the apex of the sport," he added.