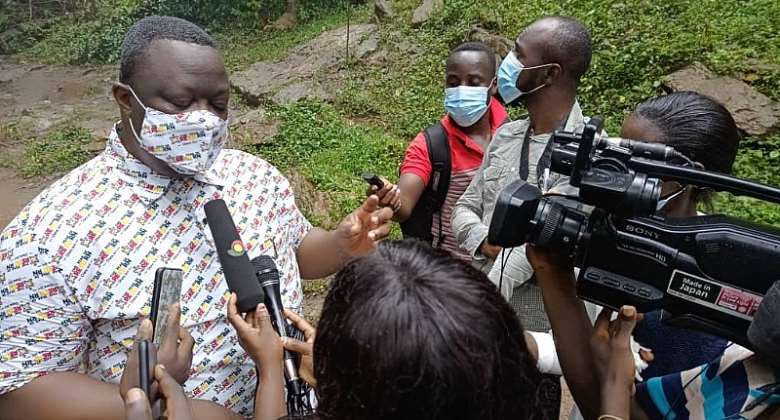 The Eastern Regional Director of Tourism Mr Frederick Adjei-Rudolph, after witnessing the 2021 Odwira Beach Soccer Cup is calling for widespread promotion of Beach Soccer across Ghana as part of the Sports Tourism agenda of the country.

The Tournament which had twenty towns competing for the giant Odwira trophy produced a lot of excitement and unearthed potential beach soccer players for the upcoming national league.

The game was witnessed by the Okuapehene Oseadeayo Kwasi Akuffo III, Chiefs, elders and other dignitaries.

The MVP was won by Richard Osa of Mampong, Alexander Adjei took home the Goal King title, with the Best Coach Award going to the tactician of Asenema whilst the Best Goalkeeper was adjudged to be Gideon Adjei from Asenema.