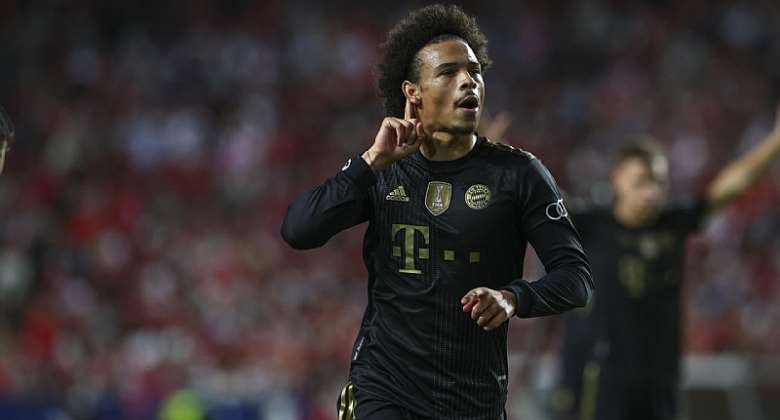 Leroy Sane bagged a brace and Robert Lewandowski was also on target as Bayern ran out 4-0 winners in Benfica.

The result was harsh on the Portuguese giants who were firmly in the game and forced Manuel Neuer into two fantastic saves before Sane curled a fantastic free-kick home 20 minutes from time.

Bayern also had two goals narrowly ruled out by VAR before they took the lead, close-range finishes from Lewandowski and Thomas Muller, the first the result of the ball striking the Polish striker's arm and the other through offside in the build-up.

Muller and Benjamin Pavard also saw efforts come back off the post, the latter after a fine stop from Odisseas Vlachodimos.

Ten minutes from time substitute Everton headed into his own goal to double the lead after substitute Serge Gnabry pulled the ball back from the by-line. The former Arsenal winger was involved again in the third as he found Sane in the box, who unselfishly squared for Lewandowski to tap home.

Sane got his second in the closing stages when another substitute, Josip Stanisic, pulled back for the German international to slam home his second.

Bayern now have scored 12 goals in three Champions League games in Group E. Benfica are in second spot, a point ahead of Barcelona who beat Dynamo Kiev 1-0 at the Nou Camp.

COVID-19: Government to announce more measures ahead of Chri...
11 minutes ago