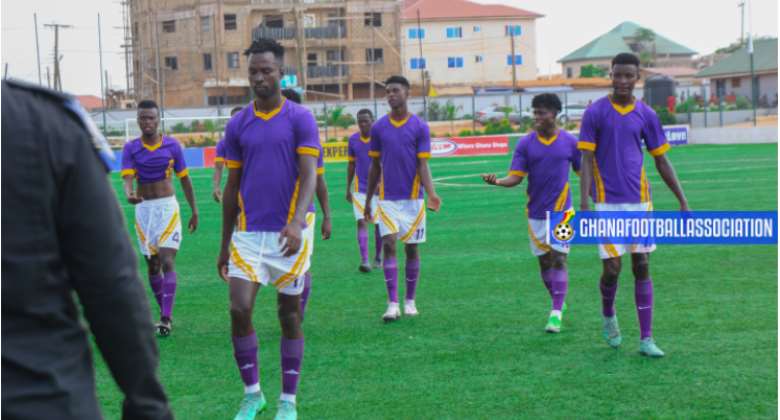 Tema Youth has set up a final with Skyy FC in the Divison One League Super Cup with Skyy FC.

The Harbour Boys won 2-1 against FC Smartex in the first semifinal fixture at the Madina AstroTurf on Wednesday.

All goals came through in the opening 45 minutes.
Emmanuel Owusu rounded goalkeeper Frederick Ansah to give Tema Youth a 13th-minute lead.

That was, however, cancelled out by Giyas Ibrahim within 2 minutes.

The 2-1 scoreline prevailed until the final whistle.

Skyy FC, however, defeated Accra Lions to reach the final later on Wednesday.

Samartex will play Accra Lions for the third-place final.

Both finals are scheduled for the Madina AstroTurf on Saturday, October 23.

Park your car if you don't want to be vaccinated — Dr John N...
16 minutes ago