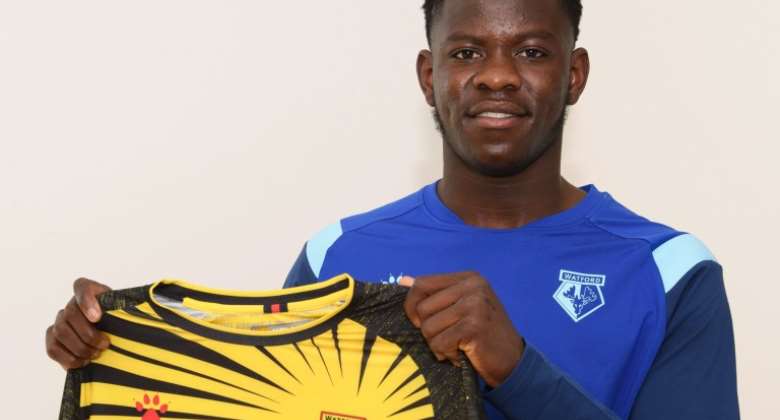 Ghanaian youngster, Kwadwo Baah has set his sight on making his Watford debut under Claudio Ranieri.

Baah, who joined Vicarage Road from League Two side Rochdale in May 2021 has been on the bench three times so far this season but is yet to achieve his dream of playing in the Premier League.

However, the attacker believes the arrival of the Italian manager is a chance for him to show that he is ready to make the step up.

“With a new head coach it is almost like a new beginning for me," he told the club website.

"I’m eager to show him what I can do and hopefully I can convince him to trust me to involve me in some games.

“I joined Watford with the aim of playing in the Premier League, which would be a dream come true. Until that time comes I’m just going to keep training very hard, doing my best and trying to score goals if I’m selected for the Under-23s.

“He [Ranieri] is a really good guy, he gives me and the rest of the players a lot of really useful advice and I think together we can all move forward. With my recent experiences with Germany hopefully, I can continue to improve and play a small part in that.”

Those "recent experiences" Baah talks of include two goals for Germany’s Under-19s side as they went on to claim the Four Nations Cup in Slovakia earlier this month.

Despite playing for the England youth set-up before, the youngster believes that the German style is more in tune with his own and has helped him develop different aspects of his game.

“I was born near Stuttgart, so that’s how I qualify to play for Germany,” he said.

“My dad used to play football out there semi-professionally, and my parents probably lived there for around 25 to 30 years.

“We moved to Ghana when I was still very young and then to England when I was five, but as I got older and started to realise playing for Germany might be a possibility I thought it sounded like a really exciting opportunity.

“I was in touch with staff members even when I was pretty low-key at Rochdale, but then Covid-19 hit so I wasn’t able to fly over and play for them. At that point, I went and played for England, but when Germany came around again I just wanted to try the adventure.

“There was one player in the squad I used to play against when I was at Palace and he was at Chelsea, but the whole squad and staff were incredibly welcoming. The team’s style of play really suited me and I’m happy with the account I gave of myself.

“It was a great chance to learn about different brands of football and different tactics. I think the experience has helped my understanding of the game, and also winning a trophy was a really great feeling.”