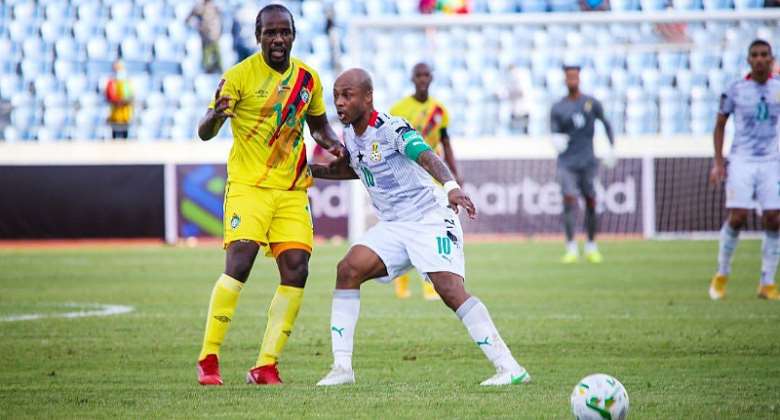 The Al Sadd playmaker in the first tie against the Warriors played deep alongside Thomas Partey in the first half of the game at the Cape Coast Stadium.

Ayew did well but Rajevac was forced to make changes after Zimbabwe cancelled out Mohammed Kudus’ early lead.

The Serb pushed Ayew forward, as well Partey, and they both scored to secure a 3-1 victory.

Speaking to the Ghana FA Media, the 67-year-old Serbian trainer explained his decision for Andre's role.

“Andre was used as a holding midfielder because I know him very well and I know his abilities, experience, and knowledge," he said.

"He is a very intelligent player and a great leader so, in that match, we wanted to play offensively and I needed him because of his passing and decision and because we didn’t have Wakaso, I had faith in him that he can deliver which he proved he can.

“His fighting and determination is great so I took the decision and I am quite satisfied with his performance,” he added.

Ayew was a second substitute in the return leg three days later in Harare, which Ghana won 1-0.

The back-to-back wins have boosted the team's confidence heading into the final round of games. The Black Stars sit 2nd with 9 points and will play Ethiopia before hosting South Africa in the final Group game at the Baba Yara Sports Stadium.