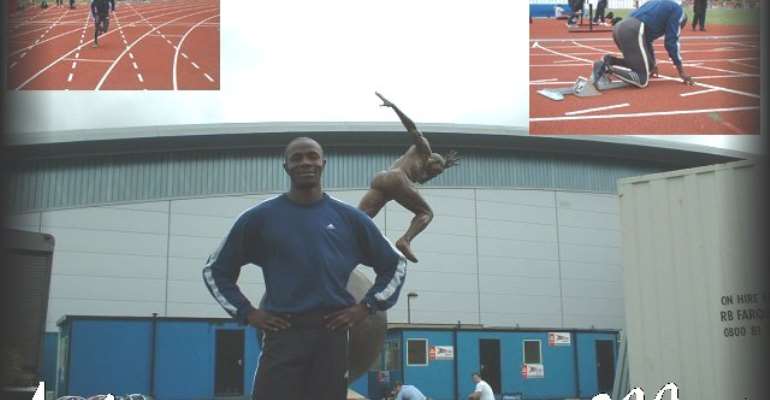 The last day of the African Athletics Championships saw Ghana win a silver medal to bring the country's total medal haul to three - 1 Gold 1 Silver 1 Bronze. Namibia's Frankie Fredericks won the 200-metres, collecting his second gold medal as the five-day competition drew to a close. The two-time Olympic silver medalist clocked 20.10 seconds as he raced across the finish line ahead of Ghanaian Abdul Aziz Zakari, who finished second 0.23 seconds later, and Oumar Loum of Senegal in third. The games, which began on Tuesday with a record 900 athletes from 49 countries competing, were designed to determine which African athletes are to take part at the World Cup next month in Madrid, Spain. Athletes were required to win gold in their events at the Tunis Games in order to qualify for the competition in the Spanish capital, which is scheduled to take place from September 20-21. Men 200 metres - 1. Frank Fredericks (Namimbia) 20.10 seconds; 2. Aziz Abdul Zakari (Ghana) 20.33; 3. Oumar Loum (Senegal) 20.37.