Destination 2022 T20 World Cup in Australia -- via Spain and Rwanda 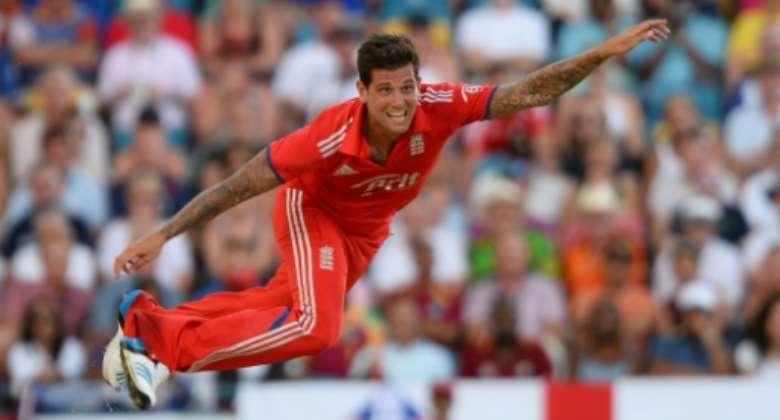 Jade Dernbach played 35 T20s for England up to 2014 before changing allegiance to Italy. By JEWEL SAMAD (AFP/File)

While the vast majority of cricket eyes are firmly focussed on events in the Gulf where the 2021 T20 World Cup is just getting underway, a small minority are locked on events in Spain and Rwanda.

The Desert Springs Cricket Ground in Almeria, a verdant cricketing outpost in a parched corner of south-east Spain, is currently hosting the European qualifiers for the next edition of the T20 World Cup, to be held in Australia next year.

Denmark, Germany, Italy and Jersey are the four teams bidding to finish in the top two and progress to the global qualifier.

Hardly big names in the world of cricket but each side has its share of players claiming first-class experience.

The South African-born fast bowler qualifies for Italy through his mother and came on board after being tapped up by captain and head coach Gareth Berg, who plies his trade as an all-rounder for Northamptonshire.

"He (Berg) picked up the phone and he outlined what he was looking to achieve with Italian cricket and where he thought I could fit in on that journey," Dernbach told The Cricketer.

"He gave me some glowing reviews in terms of what it could be like for me, what I could add. It was nice to be wanted by someone."

Dernbach duly made his second international debut 2,757 days after his last international appearance in 2014 when he took 1-17 from his four overs in the six-wicket win over Denmark on Monday.

On the other side of the deck that day was another former England player.

Denmark's Amjad Khan, 41, won a single Test cap against the West Indies in 2009 and played one T20 international but injuries cut short his chances, not just with England but in county cricket as well where he turned out for Kent and Sussex.

Already the only Danish cricketer to play Test cricket, the Copenhagen-born Amjad, who is not quite as fast a bowler these days as he was in his pomp, set another record in that game against the Italians on Monday.

His second T20 international came 4,597 days after his only other one for England in March 2009 - a record gap between appearances.

Dernbach and Amjad may be the most eye-catching names in Spain but avid cricket followers will also recognise Kent's Grant Stewart in the Italy line-up along with Leinster's Jamie Grassi.

It should come as no surprise to see Italy thriving on the cricket field.

The country's first brush with the game dates back to 1793 while Milan is particularly associated with the game.

AC Milan was originally the Milan Cricket and Football Club.

Former England captain Ted Dexter was born in the city.

Jersey's Jonty Jenner made a single appearance for Sussex against the touring South Africans in 2017 but can claim to have fielded in a Test for England as a substitute for Chris Broad.

It is the Channel Islanders, however, who qualified first with a four-wicket victory over Germany on Tuesday, although that is not entirely surprising.

They are the highest ranked T20 team in the tournament at 24th, although only just above Italy (26th) and Denmark (30th) and Germany (36th).

And Jersey also have form -- in 2019 they narrowly pipped Germany to reach the global qualifiers where in spite of winning three matches, they missed out to the Netherlands and Scotland.

Denmark's Amjad Khan seen here in action for England in his only Test appearance against the West Indies in 2009. By EMMANUEL DUNAND (AFP/File)

"As a squad, we've got big dreams of qualifying for a World Cup and hopefully this will be the first step in our journey," said Jersey captain Chuggy Perchard.

The Spanish tournament is being replicated in Rwanda where seven countries -- including the likes of Nigeria, Uganda and Swaziland -- are taking part in the first stage of the African sub-regional qualifiers.

The top two sides will join Kenya and Nigeria in the regional finals as well as the top two from the second group who will compete in November.

Only the winner of the regional finals will progress to the global qualifiers.

FIFA throws out SAFA’s protest case against Ghana after WC q...
37 minutes ago

Appropriate adequate funds for establishment of Ghana’s CDC ...
43 minutes ago