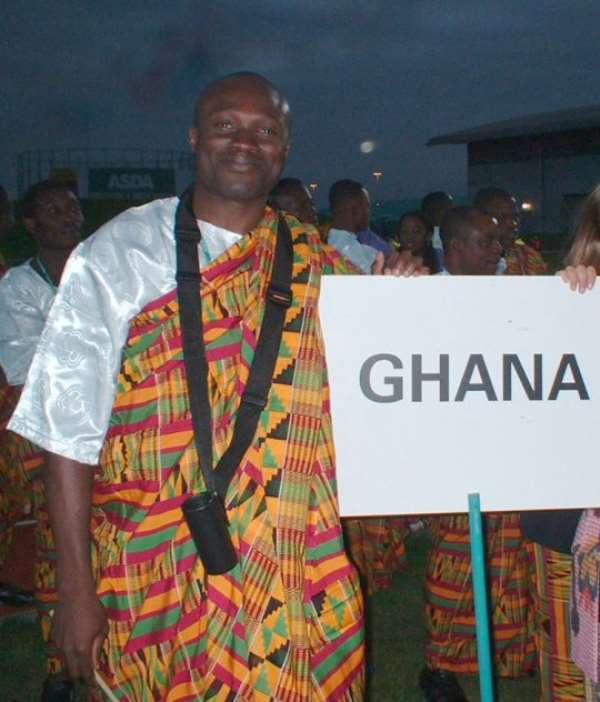 The African Athletes Commission (AAC) has received its first Ghanaian member, as Lamine Diack, the President of the International Association of Athletic Federations (IAAF) and of the African Federation (CAAA) appointed Andrew Owusu to become AAC’s member this past Saturday. Owusu, Ghana’s top triple jumper, has for a while now been fighting with his fellow athletes for fair treatment for the country’s track and field athletes, and now, their efforts have become known to the President of the world organization. Owusu and President Diack met briefly last weekend during the African Championships in athletics in Tunis, Tunisia. However, the IAAF has learnt about problems in Ghana athletics not only from Ghanaian athletes but also from those of other countries. In Tunis, the issue was raised in an AAC meeting by Kenya’s Moses Kiptanui and Egypt’s Hakim Toumi. Andrew Owusu is the current Ghanaian long jump and triple jump record holder, a five-time All-African Games/African Championships medalist, and the secretary of the Ghana Athletes Association (GAA). As a student, Owusu is working on a doctoral degree in physical education (with specialization in health) at Middle Tennessee State University. He holds a Master’s degree in sports administration and management (Wayne State College, 1998), and a Bachelor’s degree in biology (University of Alabama, 1996). Frankie Fredericks, Chairman Southern Region Maria Mutola Southern Region Française Mbango Central Region Moses Kiptanui Eastern Region Falilat Ogunkoya Western Region Andrew Owusu Western Region Hakim Toumi Northern Region Asked for comments, Owusu said that he would like to thank God for this appointment, and hopes that he will be able serve his region—West Africa—with the same zeal and will with which he has served the Ghana Athletes Association. However, he said he would also like all people to know that if anything, the credit and congratulations, should go to his fellow Ghanaian athletes who have stood shoulder to shoulder with him and fought for change in Ghana athletics. He said, “I maybe one of the most visible members of the GAA but the real muscle, brains and secret behind what we have been able to achieve as a group, has been the unyielding support and contributions from all the members of our organization.
As its name implies, the AAC is a body through which African athletes are represented in the CAAA. The members advocate the interest of African athletes and promote the sport throughout the continent. They represent five African regions—currently by the following athletes: