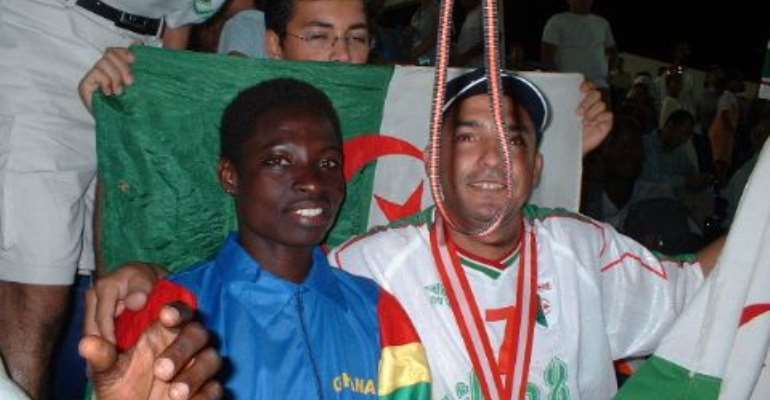 Ghana's Commonwealth Games bronze medalist - heptathlon -, Margaret Simpson, continues to amaze athletic funs with her latest exploits on the track by breaking two of her own national records with 6105pts in the heptathlon (old record 6004pts) and 1.84m (old record 1.81m) in the high jump. Simpson, has shown her amazing prowess over the past two days, by dominating the women's heptathlon at the on going African Championships in Tunis, Tunisia by wining 5 out of the 7 events that were contested here in Tunis. Despite a strained hamstring during the 200m (4th event out of 7), on the first day of the heptathlon competition, Simpson came back on the second day to win the heptathlon long jump with a jump of 6.13 meters, but re-aggravated the injury to her hamstring in the process. As a result, she could not use her usual run up for the javelin but still managed to throw 51.10 meters, a mark better than what she threw in Manchester 10 days ago. Coincidentally, her new national record in the heptathlon, also serves as a qualifying mark for the world championships in Paris next year. Her distances/times in the respective event are as follows.
100 m Hurdles