Gladson Awako not happy at Hearts; he wants to return to Olympics – Annor Walker 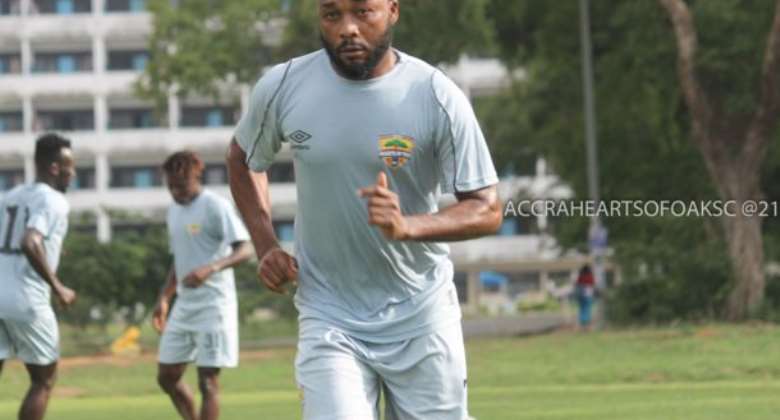 The head coach of Great Olympics, Annor Walker has claimed that he has been informed by attacker Gladson Awako that he is not happy at Hearts of Oak.

The highly-rated forward joined the Phobians at the end of the 2020/2021 Ghanaian football season where he established himself as one of the best players in the Ghana Premier League.

Last month, it emerged that the player was facing spiritual attacks and as a result is pushing to have his contract with Hearts of Oak terminated.

Although it was later rubbished, it has now come to light that Gladson Awako does not want to play for Hearts of Oak.

According to Great Olympics head coach Annor Walker, the player has informed him about his desire to return and play for his side.

“Awako has informed me he is not happy and don’t want to play for hearts again so I'm doing everything possible to bring him back.

“He said he is not ready to play for them and he wishes he is with me so am talking to our management to try and bring him back,” Coach Annor Walker has told Omy TV in an interview.

It is unclear what will happen in the next two weeks but as things stand now it is hard to see Gladson Awako playing in Hearts of Oak’s first match of the 2021/2022 Ghana Premier League season.