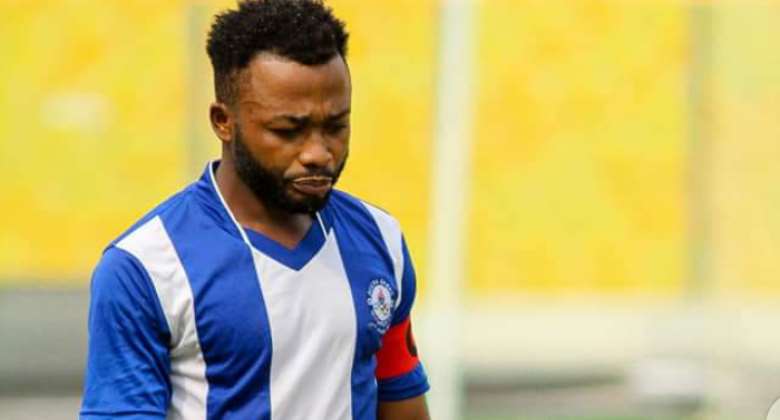 Great Olympics head coach, Annor Walker has shockingly revealed that midfielder Gladson Awako is not ready to play for Hearts of Oak.

The 30-year-old playmaker joined the Ghana Premier League champions on a two year deal in a deal worth $15,000 from their city rivals.

Awako has however dominated the local media for the wrong reasons following his move to the club.

After months of joining the club, the midfielder is yet to make his debut for the club.

But Awako's former gaffer has revealed that the player is not ready to play for the club.

"Awako has informed me he is not happy and don’t want to play for Hearts of Oak again so am doing everything possible to bring him back to Great Olympics,” he told Omy TV.

"He said he is not ready to play for Hearts of Oak again and he wishes he is with me so am talking to Olympics management to try and bring him back," he added.

Gladson Awako before his move to Hearts of Oak made 43 appearances for the Wonder Club, scoring 10 goals and providing 12 assists. His stellar display saw him won six man of the match awards including two player of the month accolades last season.

The ex-T.P Mazembe midfielder with his impressive form earned himself his Black Stars call up having marked his debut against Sao Tome and Principe in the 2021 AFCON qualifiers.

Park your car if you don't want to be vaccinated — Dr John N...
40 minutes ago