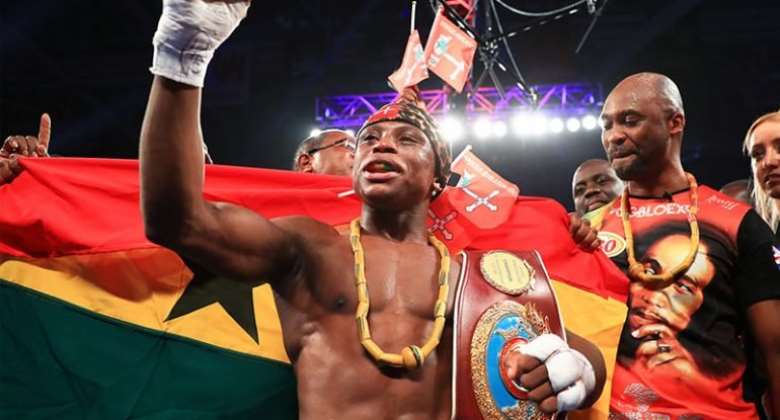 Agbeko revealed that meeting Dogboe recently convinced him of the former world champion’s commitment to winning a championship fight at featherweight.

Dogboe could make his second ring outing by December this year after earning a majority decision win over Adam Lopez in June.

The 27-year-old boxer has been talking about his desire to win another world title since losing his WBO super bantamweight belt to Emanuel Navarrete in 2018.

In an interview with Graphic Sports, Agbeko described Dogboe as a refined boxer who had moved on from his two consecutive defeats to Navarrete.

He said he believed that his countryman was in great shape to regain his status as one of the best boxers in the division when the opportunity availed itself.

“I think Dogboe is in great shape to achieve that status as a two-time champion in the coming years,” said Agbeko. He added: “I met him recently and from our conversation I could tell that he is well-conditioned to win another title for the country. When you look at him now you can tell that he is a refined fighter who has moved on from those two defeats to Navarrete.”

“It is just a matter of time for him to regain his status as one of the best in his division and I believe he ill achieve that when the opportunity avails itself,” he stressed.