Black Stars: Those who scouted Jojo Wollacott did a great job - Abubakari Damba 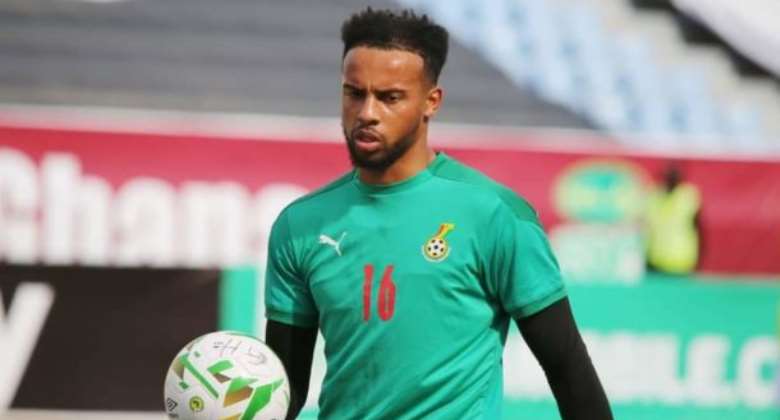 Wollacott, who plays for fourth-tier side, Swindon Town was handed a call up for Black Stars 2022 Fifa World Cup qualifiers against Zimbabwe.

The young and composed shotstopper was chosen ahead of Lawerence Ati-Zigi in both games.

The decision by the technical team came as a shock to football fans. However, Wollacott conceded just a goal in the two games played.

And according to Damba, the team who worked and scouted the 24-year-old deserves some credit.

"I will applaud those who scout the new black Stars goalkeeper Jojo Wollacott because he put a great performance in Ghana's two games against Zimbabwe," the former Dreams FC goalkeeper's trainer told Kumasi based Light FM.

"Coach Milovan Rajevac and Kurt Okraku have done a good job for that scout," he added.

Ghana recorded a 3-1 win at the Cape Coast Stadium and a 1-0 in Harare to keep their qualification alive.

The Black Stars resume their qualification games next month with final Group G games against Ethiopia and South Africa.