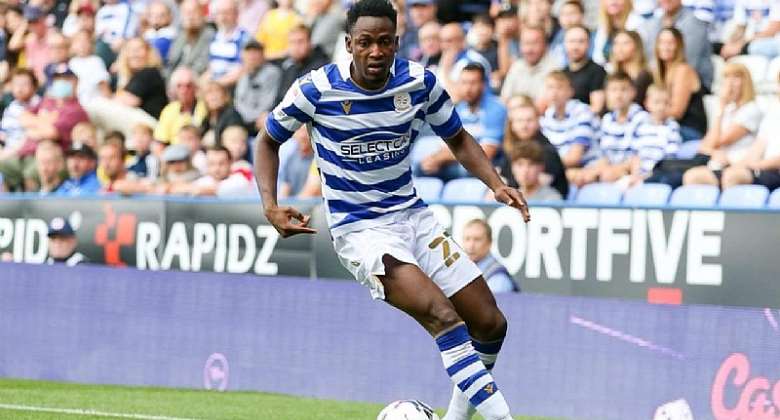 Defender Baba Rahman put up a quality display on Saturday afternoon to merit a score that has seen him finish the weekend as the highest-rated Ghanaian player abroad.

After yet another weekend of exciting action, Modernghana Sports with data provided by partner, SofaScore throws the spotlight on players abroad that impressed.

Reading FC defender Baba Abdul Rahman is top of the list with a top rating of 8.2 after his excellent displays in the game against Barnsley.

In what was a matchday 12 encounter in the ongoing English Championship campaign, the full-back continued his fine form in the international break where he played for Ghana in the 2022 world cup qualifiers against Zimbabwe.

Having excelled throughout the 90 minutes he played, Baba Rahman for the first time this season is the highest-rated Ghanaian player abroad.

In the list of top 10 best Ghanaian players, the Chelsea loanee is joined by talented teenager Kamaldeen Sulemana.

The Stade Rennais FC forward used his pace and dribbling skills to his advantage on Sunday to help his club to defeat FC Metz 3-0 in the French Ligue 1.

Check out the list in full as put together by SofaScore.

Meanwhile, Ghana captain Andre Ayew on Sunday climbed off the bench of Al-Sadd SC to score in the team’s 6-4 win against Al Gharafa.

Later today, Jordan Ayew and Jeffrey Schlupp are expected to be in action for Crystal Palace when the team takes on Arsenal in the English Premier League.