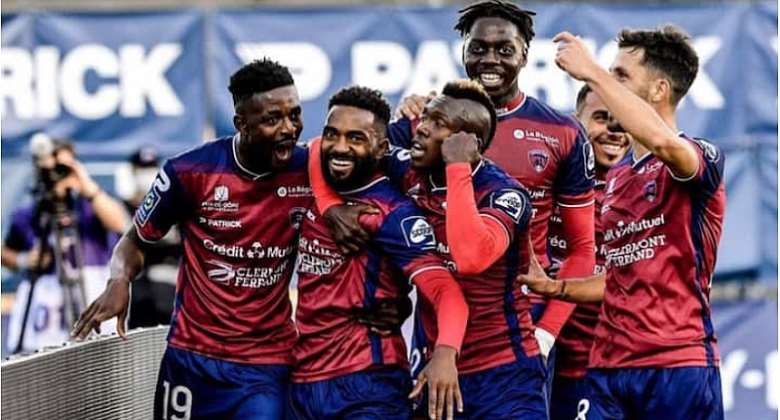 Clermont Foot recorded a 1-0 against Lille at the Stade Gabriel Montpied.

In the video, 21-year-old Ghanaian midfielder, Salis Abdul Samed is believed to have made the hit song popular among his teammates.

There was a kind of a knees-up in the dressing room as they danced to the hit song which is a massive endorsement for the Konongo-based musician.

This was after Vital N’Simba’s strike in the 32nd minute sealed the points for the newly-promoted side.

It was Clermont Foot's first victory in seven games and the win came as a big sigh of relief.

He has played in nine games out of ten Ligue matches this season for the club in the top flight.