Caf CL: 'We could have scored more goals' - Samuel Boadu after Hearts of Oak win against Wydad 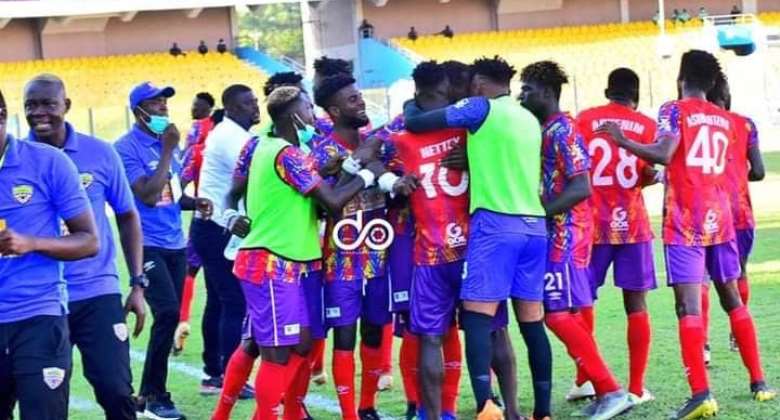 Samuel Boadu has said they could have scored more goals in their Caf Champions League first leg against Wydad Athletic Club.

The Ghana Premier League champions squeezed out a 1-0 win over the Moroccan giants on Sunday at the Accra Sports Stadium.

Striker Isaac Mensah scored the only goal of the game in the first half of the game to keep Hearts of Oak chances of playing the group phase alive.

Ibrahim Salifu and Kofi Kordzie had chances in the second half to bury the game but squandered them.

After the game, Samuel Boadu said his side should’ve scored more goals considering their dominance.

"It is unfortunate we couldn’t get more goals because we had some good chances," he said

'We need to have more composure in front of goal, and it’s something we’re working on.

"We proved we are a good enough team to stand toe to toe with Wydad Club. They came in to try and get an away goal, but we were able to stop them,” he added

Hearts, who are making their return to the competition for the first time in 11 years will be hoping for a good result in Casablanca to send them to the group stages, against odds.