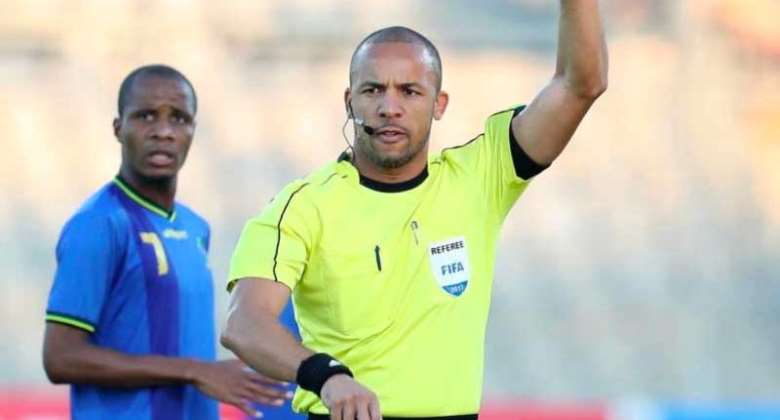 Dr Nyaho-Nyaho Tamakloe, a Board Member of Accra Hearts of Oak has criticized Martins Rodrigues De Carvalho, describing him as a disgrace to African football.

The centre referee who officiated the Phobians first leg of the Caf Champions League preliminary game against Wydad Atletic Club on Sunday has come under intense pressure due to some of his decisions.

The Angola referee has been accused of denying the Ghana Premier League champions penalty opportunity during the game at the Accra Sports Stadium.

Despite the hard-fought 1-0 win, Dr Nyaho Tamakloe expressed his displeasure due to some of the decisions of the centre referee.

According to him, the Ghan Football Association must lodge a complaint against the centre referee.

"My problem was with the referee because he was problematic because there are rules and regulations in this game," he told Asempa FM.

"I will suggest that the Ghana Football Association to lodge a protest to Caf or Fifa because his performance was bad and awful.

"He is a disgrace to African football. Some of his decisions were poor. We are improving and we expect our referees to also improve because this is what we want in our football," he added.

Hearts of Oak squeezed out a win with Isaac Mensah's superb goal in the first half.

The Phobains will travel to Casablanca for the return leg on October 24 on Sunday, The winner of the tie will book a place in the group phase of the Caf Champions League.