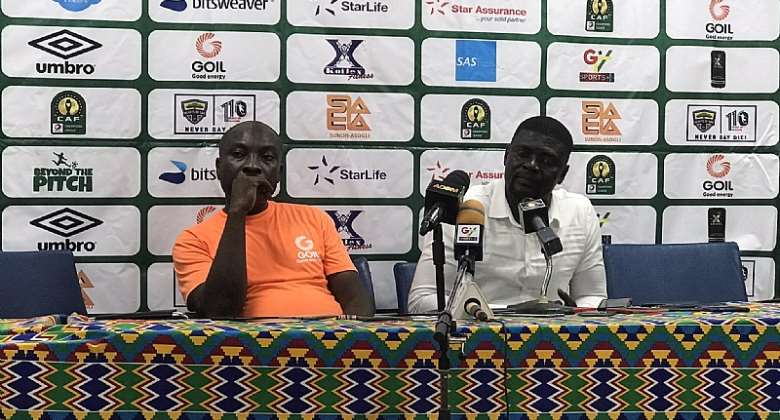 Head coach for Hearts of Oak, Samuel Boadu was left pleased on Sunday afternoon after his team dispatched Wydad AC with a 1-0 win in the CAF Champions League.

The highly-rated tactician and his outfit hosted the team from Morocco at the Accra Sports Stadium yesterday in the first of a scheduled two-legged tie in the final playoff round to the group stage of the elite inter-club continental competition.

Although the Phobians struggled in the early parts of the game, the team stepped up and fought to secure a deserved 1-0 win at the end of the 90 minutes.

Speaking in a post-match interview, Samuel Boadu who is the coach for Hearts of Oak applauded the efforts of his players for the win even though the team could not score many goals.

“Tactically I think the game was good for us because many even thought Hearts of Oak cannot even get a goal against WAC but of course we wanted to score more as well,” the gaffer said.

Ahead of the reverse fixture next weekend, coach Samuel Boadu has urged fans to have hope in the team to eliminate Wydad AC.

“The fans shouldn’t give up, because that’s our motto. We are going to Morocco to qualify,” he added.

The return encounter between Wydad AC and Hearts of Oak will be played on Sunday, October 24, 2021, in Casablanca.