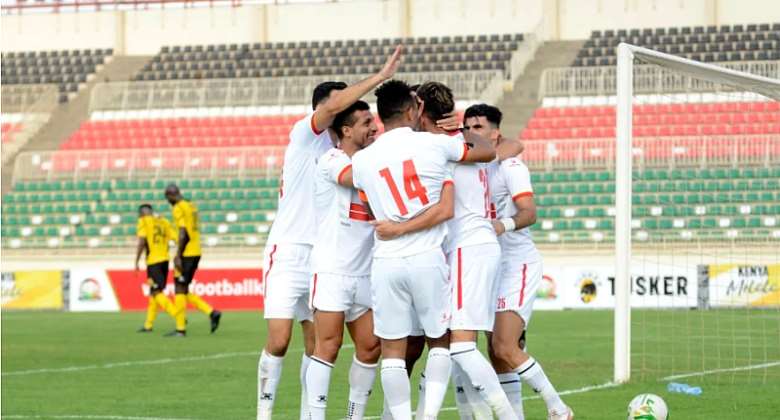 Asec and Sagrada each won 3-1 while Merrikh were 3-0 winners.

Elsewhere, 2020 losing finalists Zamalek SC won 1-0 in Nairobi, with Guinean side Horoya AC also picking an away victory with a 1-0 win over Stade Malien.

Defending champions Al Ahly played to a 1-1 draw away from home against Niger’s US Gendarmerie.

In Abidjan, hosts Asec came from a goal down to beat Algerian side Belouizdad 3-1, handing themselves an advantage heading to the return tie away from home.

The visitors broke the deadlock in the fifth minute through Sofiane Bouchar. However, Asec got back into contention just seven minutes later through Karim Konate. The two sides went to the break one a piece.

In the second half, the home side came determined to hunt for the second goal and go for the kill. They did so just five minutes in when Konate completed his brace.

The Algerian side’s hopes for an equalizer were futile and they found themselves trailing 3-1 in the 64th minute when N’Guessan Pokou added the third.

In Luanda, home side Sagrada who were making a return to continental football for the first time since 2006 continued with their good performance, winning 3-1 against Leopards, but hard to work hard for it.

They had broken the lead after 17 minutes through Jorge Mendes Karanga. They went to the break with their tails up and held on until the 80th minute when the Eswatini visitors drew level through Pong Cosse.

However, the home side fought to get their game back on and they did so with Guillerhme Celso scoring twice within six minutes. He hit the second in the 88th minute before completing his brace in the fourth minute of added time.

The Sudanese champions had to wait till the second half to open the floodgates and pick an important victory that outs them in the driver’s seat for a place in the group phase.

Nigerian forward Tony Edjomariegwe broke the deadlock four minutes after the break as they came off the breather all guns blazing. They had to wait for 25 minutes before getting the second, with Ramadan Agab finding the back of the net.

They sealed the win four minutes later through Wagdi Alla.

In Nairobi, Moroccan international Achraf Bencharki scored the solo goal as Zamalek began their hunt for another place in the final with a slim victory.

Bencharki made a brilliant run into the box just two minutes into the second half, shooting brilliantly to beat keeper Brian Bwire at his near post. He had made amends after he had initially shot against the crossbar from close range just as the second half started.

Earlier in the first half, the winger had come close but he missed a sitter, failing to tap home a cross from Morsy Fayed from close range.

Tusker had few chances with Ibrahim Joshua twice seeing his shots from inside the box saved by the keeper. At the stroke of full-time, Boniface Muchiri’s shot from the edge of the area went inches wide.

In Bamako, hosts Stade Malien lost by a slim margin, going down by a solitary goal to Guinean champions Horoya.

After a goalless first half, the visitors stepped on the gas in the second period and they got their lone goal in the 56th minute through Enock Atta Agyei.

In Niamey, Niger champions US Gendarmerie played to a 1-1 draw against defending champions Al Ahly.

Ali Maaloul had given the holders the lead away from home in the 19th minute, but the hosts fought back to level.

They however had to wait till the 75th minute to get themselves back on level terms. Djibrila Diori levelled the scores for the hosts as they handed themselves hope of a possible giant-killing venture when they travel for the return leg in Cairo.

At the Stade Nyamirambo in Kigali, Army side APR played to a 1-1 draw with visiting Tunisian champions Etoile du Sahel.

The visitors had picked an early lead when Tayeb Meziani found the back of the net after just four minutes. But APR pushed hard to get the equalizer with captain Jack Tuyisenge presented with numerous opportunities that he failed to utilise.

They however got back on level terms four minutes to halftime when the lively Djabel Manishimwe struck the leveller.