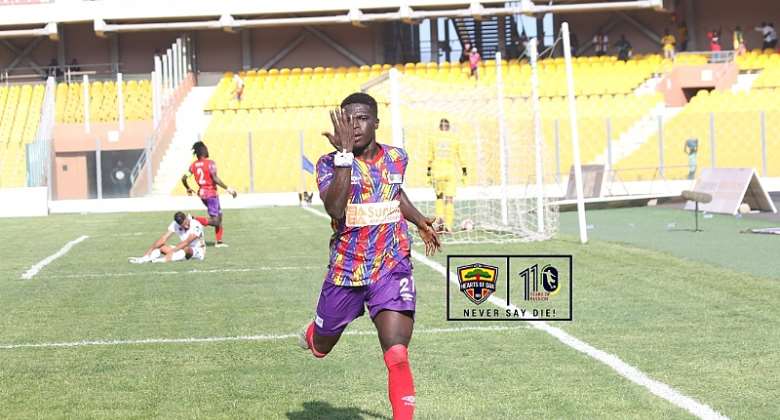 Young attacker Isaac Mensah scored to propel Hearts of Oak to a narrow victory on Sunday afternoon when the Ghanaian giants hosted Wydad AC at the Accra Sports Stadium in the CAF Champions League.

The Phobians last month eliminated CI Kamsar from the preliminary round of the CAF elite inter-club competition when they recorded a delightful win at the end of a one-off tie.

This month, the team based in Accra is facing Wydad AC in a two-legged tie of the playoff round to the group stage of the 2021/2022 CAF Champions League competition.

In a game at the Accra Sports Stadium today, Hearts of Oak stood up to the tough opponent and fought to secure a win.

On the matchday, Salifu Ibrahim assisted striker Isaac Mensah to score in the 40th minute after a nervy start to the game.

Although the home team will dominate play in the second half, neither side could score again as Hearts of Oak held on to a 1-0 victory.

The Phobians must now prepare for the trip to Morocco for the reverse fixture against Wydad.