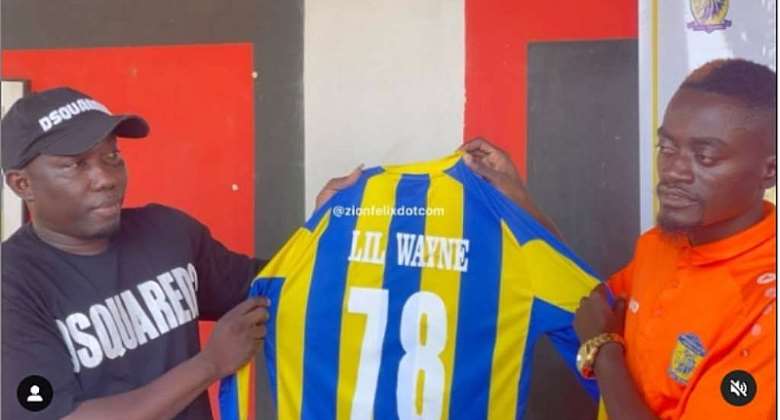 The comic actor joined the Division One League on a two-year deal.

Lil Win was among 12 players who were unveiled by the club ahead of the commencement of the 2021/22 football season.

Speaking after his unveiling, the actor claimed he’s now the best-paid player in Ghana but refused to reveal his salary.

“I’ve become the highest-paid player in Ghana after signing for New Edubiase United. But, I will not be able to mention my salary publicly,” the 36-year-old said.

Meanwhile, per the terms of the contract, Lil Win will serve as an ambassador and help promote the brand and other activities of the club.

It is unknown if the actor will be an active member of the playing body, but he insists he is ready to play when given the chance.

“I currently play in the Number 7 position or any position in the midfield. The coach is the one who requested me.

“The CEO wants me as the ambassador and the Coach also wants me to play. I can play the first 45 minutes and with time I can play full 90 minutes. As long as I play for New Edubiase United, no team will beat us,” he added.