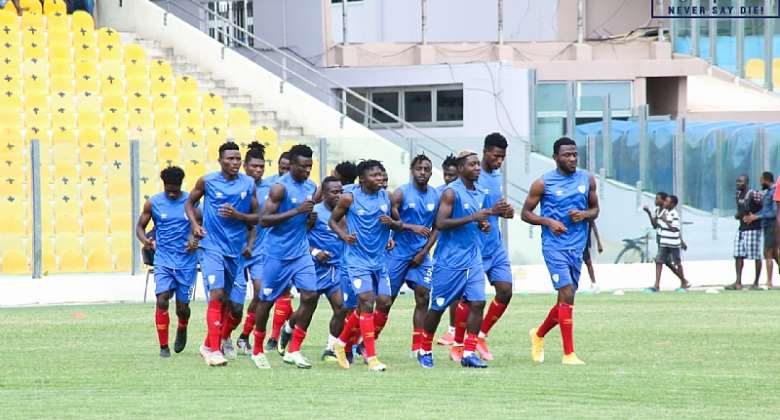 The Ghana Premier League Champions are set to take on the side from Morocco in the first of a scheduled two-legged encounter at the Accra Sports Stadium today.

Bent on securing a result that will make the reverse fixture a mere formality, Hearts of Oak head coach Samuel Boadu is going with a strong team from the start of the game.

The gaffer has named trusted goalkeeper Richard Attah in the post while Fatawu Mohammed, Raddy Ovouka, Robert Addo Sowah, and Mohammed Alhassan form the back four.

Check out the Hearts of Oak starting eleven for the Wydad AC clash below: