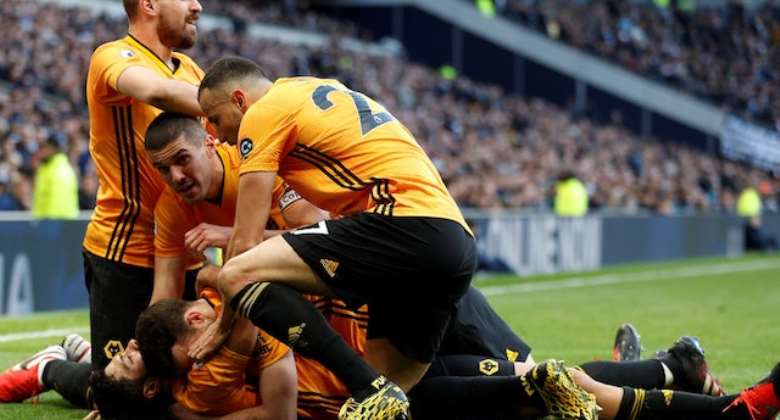 Wolves rallied from two goals down to claim a remarkable 3-2 win in a Midlands derby with Aston Villa, while Southampton beat Leeds United to climb above the Whites.

Villa dominated the contest for large spells and were cruising thanks to goals from Danny Ings and John McGinn.

However, they retreated into their shell and after inviting Wolves on, paid a big price by conceding three times in the final 10 minutes.

Ings ghosted in to head home John McGinn’s cross on 48 minutes to give Villa the lead.

McGinn went from provider to scorer on 68 minutes, as he lashed home from the edge of the box to put Villa in control.

Rather than pressing home their advantage, Villa attempted to put up the shutters - and paid a heavy, heavy price.

Romain Saiss gave Wolves a sniff when sliding in at the far post to score on 80 minutes, and Conor Coady thought he had earned a point when stabbing home on 85 minutes.

One point became three for Wolves in injury time, as Ruben Neves’ deflected free-kick found the bottom corner - much to the disgust of Villa boss Dean Smith.

Saints started the day in 17th in the table but were rewarded for a determined display with three points at home to Leeds.

The winning goal came on 53 minutes, as Southampton won the ball on the edge of their own box and broke forward at pace. Nathan Redmond had the option to shoot but unselfishly rolled the ball into the path of Armando Broja who slammed home.

Norwich City remain bottom of the table after a 0-0 draw at home with Brighton who are now in fourth in the Premier League.