Asante Kotoko: I have proved my critics wrong - Fabio Gama 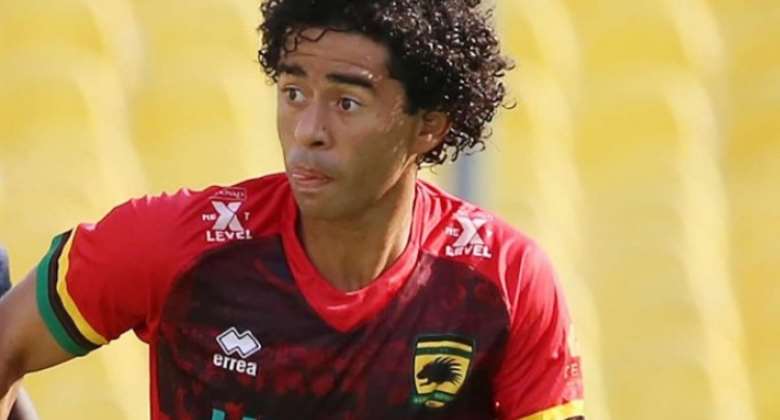 Brazilian midfielder, Fabio Gama, says he is impressed with his first season in the Ghana Premier League.

The playmaker joined Asante Kotoko prior to the start of the 2020/21 football season on a two-year deal.

Fabio arrived in the Ghana Premier League with huge expectations from Kotoko faithful and followers of the league.

In his first season with the Porcupine Warriors, the 29-year-old was involved in 12 goals; scoring 5 and assisting 7 including 3 star performer accolades.

According to him, he was not unaware of the criticism that greeted his signing but believed that his performance in the season did put to bed those concerns.

Gama held that he gave a good account of himself and played a key role in the success chalked by the club last season.

Speaking to Joy Sports, he said, “Since Kotoko first announced my name, I started to hear this. But as I said before, I tried to do my best to prove that they are wrong about me and in the final I was right. The feelings, in the beginning, was bad because they don’t know and they start to speak bad things about you. So you start to think, “How can they do this?

“But when I heard it the first time, I start to give all my heart for Kotoko and prove that they are wrong because I came and I can improve myself, and this was very important for me so all the haters they give me more strength to make my way easy. At the same time this makes me strong,” the Kotoko player said.

Gama who spent two years in the Swedish league before moving to Asante Kotoko opened up on how he has been adapting to Ghanaian football.

He revealed his preferred position which is the central attacking midfield role, otherwise known as ‘Number 10’.

“I was in Sweden for two years so it was a good time. I learnt a lot in Sweden, like football tactics, how to understand the game. These were very important for me and when I came to Ghana it was easier to adapt to Ghana football. I played as a midfielder [in Sweden] like I did with Mariano [Barreto] here – I played as a midfielder on the right side, the same position. Sometimes as a number 10 as well,” Gama said.