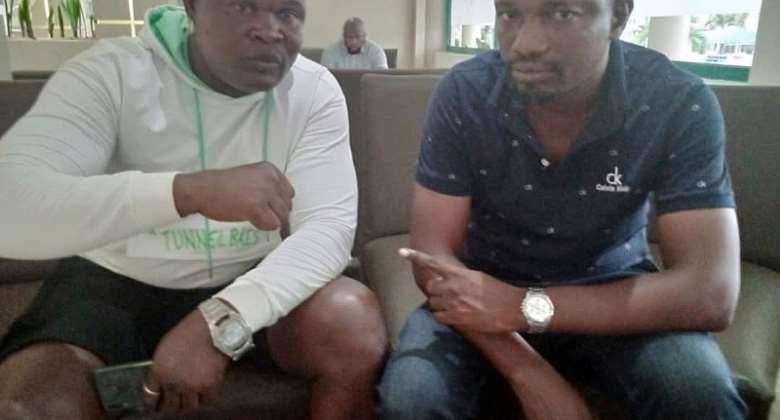 The deal was sealed at Alisa Hotel on Sunday, October 10, 2021, and it'll be an 18 months duration agreement for the 3 fights, according to close sources the deal would fetch Bukom Banku a financial compensation of around GhC 600,000.00.

The deal would start from January 2022 as Banku has signed a fight deal with S3 Promotions for a fight against John Napari in December 2021 at the Bukom Arena. Box Office Sports according to sources is in discussions with Mr Henry Addo Welbeck the CEO of S3 Promotions to buy Banku off the December showdown against Napari.

Banku would be mounting his training camp in the UK to enable him to spare himself from the distractions from friends and family.