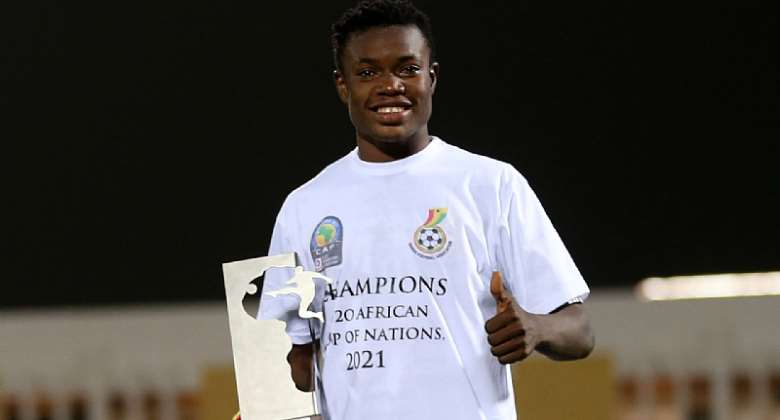 The 19-year-old was reported to be joining Premier League returnees Real Tamale United FC but has now joined the Dawu based club ahead of the 2021/22 football season.

Issahaku Fatawu has inked a 3-month contract with the Dawu based outfit from Division One League side Steadfast FC.

The 2021 Caf U-20 best player will leave to join Portuguese side Sporting Lisbon after just three months with the club.

Issahaku was an integral member of the Ghana U-20 national team that won the Africa Youth Championship in Mauritania where he won the Best Player award and goal of the tournament.

His sterling performance within a short period both with Steadfast FC and the National Youth teams secured him a promotion to the Black Stars of Ghana.

He earned several call-ups but made his debut game under Coach Milovan Rajevac when Ghana defeat Zimbabwe 3-1 in Group G of the FIFA World Cup qualifiers at the Cape Coast Stadium.

Fatawu travelled with the Black Stars of Ghana to Harare in Zimbabwe but could not see any minutes in the return leg.