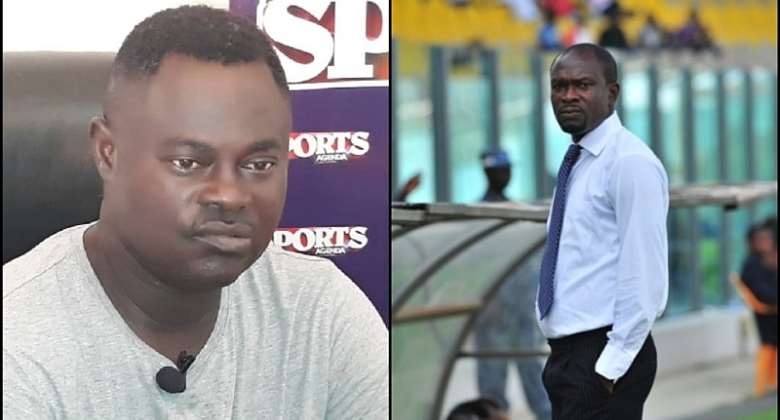 A former Ghana international, Nii Odartey Lamptey has confessed that he and Charles Kwablan Akonnor are no longer friends in private life.

The former Anderlecht star in an interview narrated that there is a bad blood between them and have not talked to each other for the past eight years.

According to him, they haven't been friends after their stay with former Ghana Premier League side Sekondi Eleven Wise.

"To be honest with you, CK Akonnor and I have been separated for the past eight years. We moved on after our stint at Sekondi Eleven Wise," Odartey Lamptey told Kumasi based Angel FM.

"I don't remember the last I spoke with CK Akonnor after our stay with Eleven Wise eight years ago. I don't have the passion to work with him on any day.

"We can't work together again. Personally, I have moved on. I have a new family with three kids.

It could be recalled that Odartey Lamptey divorced his wife Gloria Lamptey for cheating on him.

The 1991 FIFA U17 best player fathered three children for 21 years who were not his biological offspring after a DNA test revealed and there have been rumours in the media that the new head coach of the Black Stars of Ghana had an affair with the Odartey Lamptey's ex-wife Gloria.

He refused to comment on that story which has been circulated in the media for the past years which most believe had resulted their sour relationship.