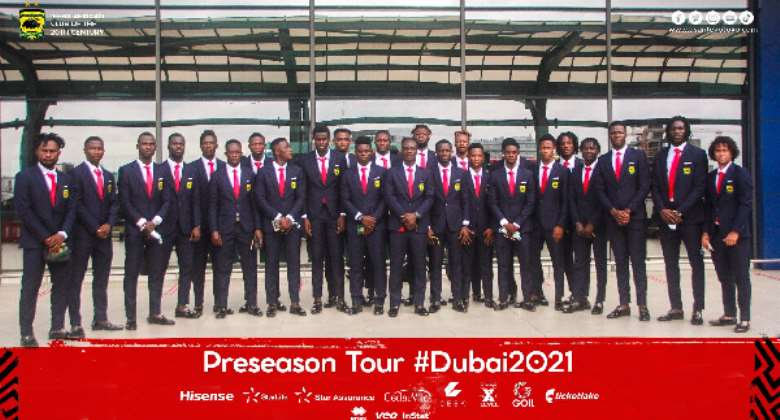 Ghanaian giants Kotoko have arrived in Dubai to start their pre-season training in preparation for the Premier League 2021/2022 league season.

The Porcupine Warriors are seeking a smooth start to their 2021/2022 league campaign and the trip to Asia is expected to whip the side into shape for the tough matches ahead.

Coach Prosper Narteh Ogum travelled with 25 players and officials as they are expected to be engaged in some friendlies matches but the identity of their opponents is still unknown.

25 players and the technical team flew out of the country for the camp that runs until the 22nd of October but before they did, they had a training session in Accra.

Kotoko are expected to return from their Dubai tour a week before the commencement of the new Ghana Premier League season.

Coach Prosper Nartey who will be leading the Reds into the 2020/21 season will be hoping to win some silverware with the Ghanaian following a trophyless season under Portuguese trainer, Mariano Barreto.

Meanwhile, new Kotoko coach Prosper Narteh Ogum has pledged to make the club the best on the continent.

“I will do my best to make Asante Kotoko Sporting Club the best club in Ghana, Africa and the world,” he said