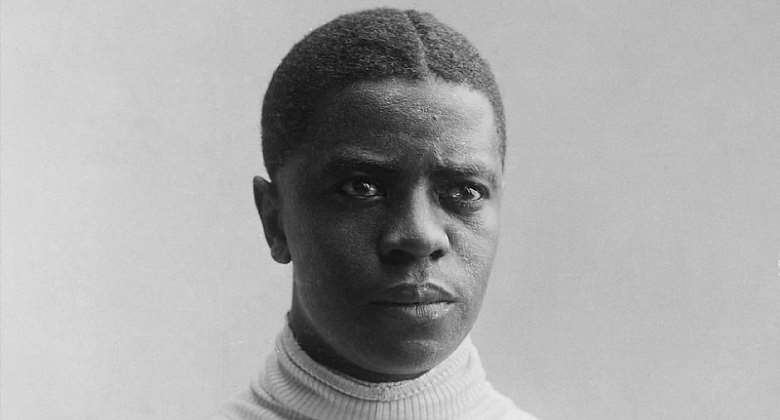 Outside the Worcester Public Library in Worcester, Massachusetts stands a 10-foot tall sculpture wall which on one side features a bronze statue of a man standing next to his bike.

This is not just any man, however, but a depiction of Worcester’s first monument to an individual African-American.

On the other side of the wall inscribed in text is the life story of Marshall Walter ‘Major’ Taylor, the sporting pioneer who broke boundaries in cycling to become the ‘fastest man in the world’ in his prime, winning titles and shattering records.

Taylor’s achievements would have been remarkable enough, but the fact that he was racing in an era in which racial segregation and the daily subjugation of Black people was the norm made his success more special.

Having moved to the Massachusetts city as a teenager, Taylor earned the nickname the ‘Worcester Whirlwind’ for all he went on to achieve in an incredible career.

He was born in Indianapolis, Indiana in 1878. His father was a civil war veteran and although he himself was never in the armed forces, he was given the nickname ‘Major’ when he would perform stunts in military uniform on his first bicycle as a teenager in order to attract customers to the local bike shop.

Spotted by cycling enthusiast and entrepreneur Louis ‘Birdie’ Munger, Taylor was persuaded to move east in 1895 in order to harness his undeniable talent and pursue a career as a cyclist.

At the time, cycling was becoming America’s most popular sport and was ripe for Taylor to make a name for himself, despite the obstacles he would face as a Black man.

In addition to being the only Black competitor, he was also younger than many other riders in the race and few expected him to last the distance.

But Taylor would demonstrate the fortitude and determination that would define his career by lasting until the final day, finishing eighth of 28 cyclists having clocked 1732 miles, and crucially, made people stand up and take note of his ability.

Within two years, Taylor was the holder of seven world records over various distances, including the one-mile record from a standing start which would stand for 28 years.

In 1899, Taylor was on top of the world after beating rival Tom Butler to the one-mile world title in Montreal – becoming the first Black cyclist to win a sporting world championship and only the second Black athlete after boxer George Dixon a decade earlier.

The win saw him gain global recognition and a year later, he would also become American sprint champion, solidifying his place as a legend of the sport.

The rest of his career would see him compete in, and win, races across the world from Europe to Australia and New Zealand.

He would eventually retire in 1910, aged 32.
Sadly, Taylor’s career wasn’t just about glory. For all his successes, there could have been many more accolades to his name, but for the fact the sport, and the country, was plagued with racism.

Taylor was often banned from competing in events due to Jim Crow laws of the time. That he was exceptionally good at cycling presented an uncomfortable truth to those whites who believed themselves to be superior to Blacks and as such, they dared not risk the humiliation of losing to him.

When he was allowed to race, his skin colour was often used as a selling point by race promoters to drive up interest. One such event in 1898 when Taylor was racing Eddie McDuffee, it was billed as ‘Black v White’ as some sort of battle for racial supremacy.

Riders often refused to take part in races with Taylor and of those that did, some would employ underhand tactics such as boxing him in, elbowing him, and even blatant cheating to try to stop him from winning.

There were also verbal taunts, abuse and threats from both his rivals and spectators at many of his races. Despite all this, Taylor was said to have maintained his dignity throughout and continued to excel during those peak years.

"Life is too short for a man to hold bitterness in his heart," he wrote in a self-published autobiography after he finished his career.

Tragically, his post-cycling career saw him suffer both from financial trouble and eventually ill-health.

After moving to Chicago in his later years, he would die following a heart attack in 1932. Initially buried in an unmarked grave, years later in 1948, a group of cyclists paid to have his remains moved and reburied in a more prominent part of Mount Glenwood Cemetery.

Image credit: Getty Images
Taylor may not have truly been recognised for achievements at the time, but efforts have been made to make sure his legacy is not forgotten.

He was posthumously inducted into the US Bicycling Hall of Fame in 1989 and the Major Taylor Velodrome, built in 1982, currently stands in his birthplace of Indianapolis.

The city also recently unveiled a huge five-storey mural near the site of the bike shop where he was discovered performing tricks all those years back as a child.

There are even reported talks of a new film in the works about his life, 'The Black Cyclone' - another one of his nicknames.

Back in Worcester, the memorial outside the library created by sculptor Antonio Tobias Mendez and installed in 2008, also immortalises his legacy.

For many, Taylor is regarded as the first Black American sporting superstar and paved the way for the likes of Muhammad Ali, Michael Jordan, Jackie Robinson and the Williams sisters.

No one is above the law except the President - Oliver Barker...
13 minutes ago