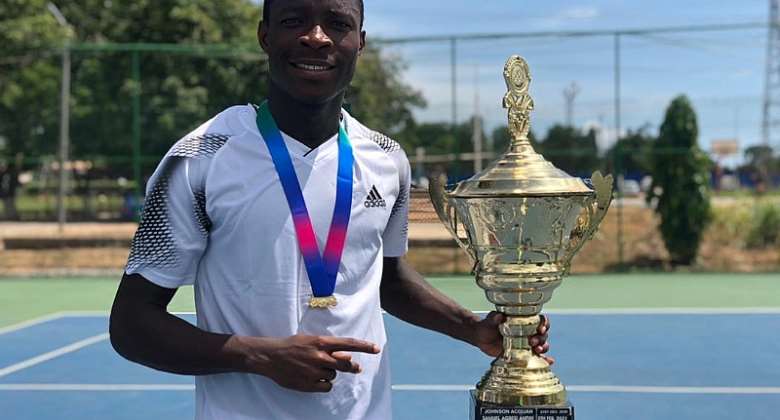 Samuel Antwi leads head to head after defeating the Osu based player, Hammond four times in the National Ranking Tour.

Samuel Antwi, who ousted Jeff Bagerbaseh 6-3,6-3, in the 1st round. Samuel Nyamekye 3-6 5-0 in the second round, Reginald Okantey in the quarterfinals 6-1,6-2 and Johnson Acquah 6-2,3-0 in the semifinals before finishing Felix Hammond in the finals.

While this is an obvious disappointment for Hammond in losing in the final for the second consecutive time, he has improved his all-round game.

Samuel’s repeated moves to the net as the match progressed allowed him to hurry through his service games and surprise Hammond with a change of pace and won the first set 6-3.

In the second set, Antwi was the strongest of the two players as the match progressed. Drawing more errors out of a tired Hammond’s backhand, Antwi claimed victory.

"I don’t think I played my best tennis throughout the entire week, but I think I found my best tennis when I needed it the most, in the decisive moments, today, yesterday, practically every match. That makes me definitely very satisfied and proud.