Women's Champions League: We were not looking to avoid any team - Hasaacas Ladies coach Yusif Basigi 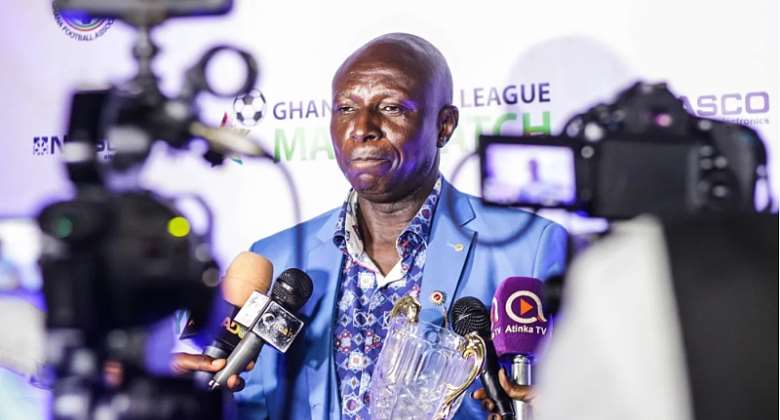 Hasaacas Ladies coach, Yusif Basigi has reacted to their group of the maiden Womens Champions League.

The Ghanaian club were accommodated in Group A alongside the tournament's host club, Wadi Degla from Egypt, As Mandé from Mali and Malabo King’s from Equatorial Guinea.

Responding to the draw, head coach Yusif Basigi was reassuring.

“The grouping is okay. We were not looking to avoid any team, because even during the Zonal qualifiers we were in the same group with Rivers Angels; they beat us in the group stage and we revenged in style in the final”, said the man who brought Hasaacas Ladies to the top of WAFU B Qualifiers.

His fillies had indeed lost 2-0 to Rivers Angels (Nigeria) in the group stage before turning the tide in the final to secure a 3-1 victory over the same opponent.

Basigi expects tough debates. “The other three clubs – Wadi Degla, AS Mande and Malabo Kings will come prepared, therefore we cannot take any team for granted,” he added.

His campaign will begin against Malabo King’s FC of Equatorial Guinea who flew through the qualifiers in the UNIFFAC zone.

“Playing against the host club (Wadi Degla), Malabo Kings from Equatorial Guinea not a bad side and Mali giants AS Mande, who boast of some good players in the Mali national team will be no walk in the park”, he continued.

The key will be optimal preparation. The Ghanaian club, based in Sekondi in the Western region, will need to be ready to leave no room for doubt before arriving in Egypt.

“It is just a matter of adjusting our preparations accordingly to live up to expectations,” concluded the Ghanaian technician.

'We will stand united to oppose e-levy' – Haruna Iddrisu but...
8 minutes ago