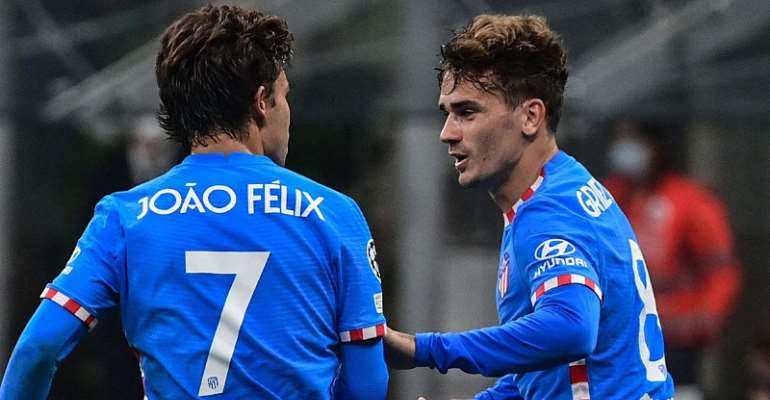 The hosts were roared into action by a brilliant crowd in an electric San Siro as they enjoyed their first Champions League home game in seven years.

And they were by far the better side as Ante Rebic and Brahim Diaz each went close, before the latter´s brilliant movement in the box created space for Rafael Leao to open the scoring with a rifled effort past Jan Oblak.

But for all Milan´s dominance, two yellow cards saw Franck Kessie given his marching orders inside 30 minutes, handing the advantage to Atletico Madrid.

Luis Suarez almost had the equalizer moments before half-time as he volleyed effort flew just inches wide, but Milan held on to go a goal up and a man down into the break.

Atletico pressed Milan but the hosts did their best to turn the contest into a scrappy, stop-star encounter that disrupted the attacking flow of Diego Simeone´s men.

And despite the introduction of Joao Felix, Antoine Griezmann and Thomas Lemar, Milan remained stubborn at the back and denied their opponents a shot on target until the 80th minute.

Luis Suarez almost found the net, sending a free header wide before almost latching onto the end of a Lemar cross.

But it was the substitute Griezmann who finally found the equaliser for Atletico, latching on to Renan Lodi´s cross to volley an effort past Mike Maignan.

There was then late drama as Atletico earned an inury-time penalty, which Suarez coolly slotted to snatch victory at the death.