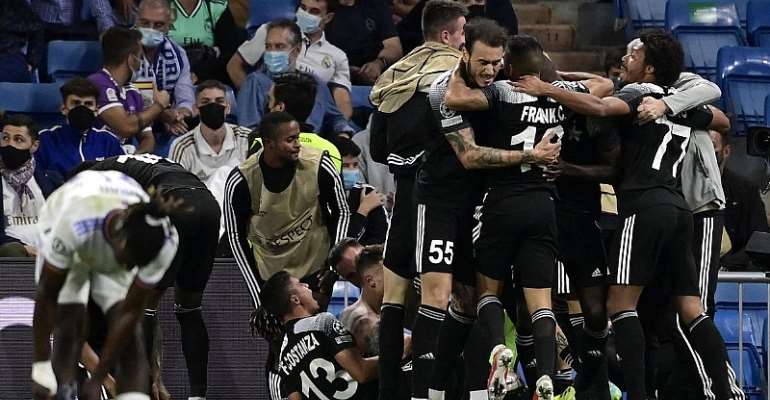 FC Sheriff claimed a historic win against Real Madrid at the Bernabeu thanks to a late stunner from Sebastien Thill.

It was the David vs Goliath fixture that had everyone whispering, what if the competition debutants do it again?

And in the opening exchanges seemed to suggest no, as the thirteen-time European Champions took control of the game and produced a series of decent chances through Karim Benzema.

But with a quarter of an hour gone the visitors produced a sucker punch that silenced the home crowd. Cristiano was given too much space down the left flank, which allowed him the time to deliver a perfect cross into the box which found Jasurbek Yakhshiboev who headed the ball past Thibaut Courtois.

Sheriff relied heavily on their keeper Giorgos Athanasiadis to keep them in the game as he made a collection of excellent saves.

The second half saw Madrid continue to turn the screw on the visitors and they eventually won a penalty through Vinícius Júnior who was deemed to be brought down inside the box by Edmund Addo.

Up stepped Benzema who dispatched the spot-kick perfectly to not only level the scoreline but also became the competition's fourth-highest scorer outright.

The game continued to produce plenty of drama as substitute Bruno had the ball in the back net for Sheriff, only for it to be called offside after a lengthy VAR check.

Late on Thill's stunning strike took the win for Sheriff in a moment of footballing history.

Next up for Madrid is an away trip to Espanol in the league while Sheriff Tiraspol also return to domestic action against Milsami.