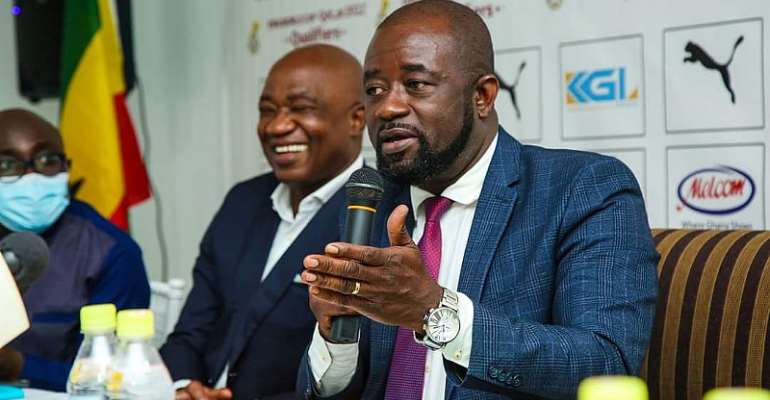 The senior national team, the Black Stars will be ready for their game against Zimbabwe, Kurt Okraku, the President of the Ghana Football Association has assured.

The Black Stars will take on Zimbabwe in a doubleheader in the next round of the 2022 Fifa World Cup qualifiers next month.

With a new coach now in charge, Mr Okraku said the team will be fully prepared for the tie.

“Black Stars will be ready for Zimbabwe. We are happy with Milovan Rajevac even though he wasn't happy with the terms but one thing has said is that he has unfinished business with Ghana,” he told the media on Friday.

“With his statement, we fairly believe that he knows what he is about. He knows our work, culture and understands what we are about.”

Mr Okraku also said Milovan has watched all the two matches played so far and has a fair idea of the team.

“Milo arrived in the country on Sunday and has a fair idea of the team,” he said.

“He has watched the two games played so far and we believe he can do his best to ensure we qualify for the World Cup,” he added.

Meanwhile, Milovan Rajevac has named a 32 man provisional squad for the doubleheader scheduled for next month.

Ghana sit 3rd with three points having won against Ethiopia and lost to South Africa.