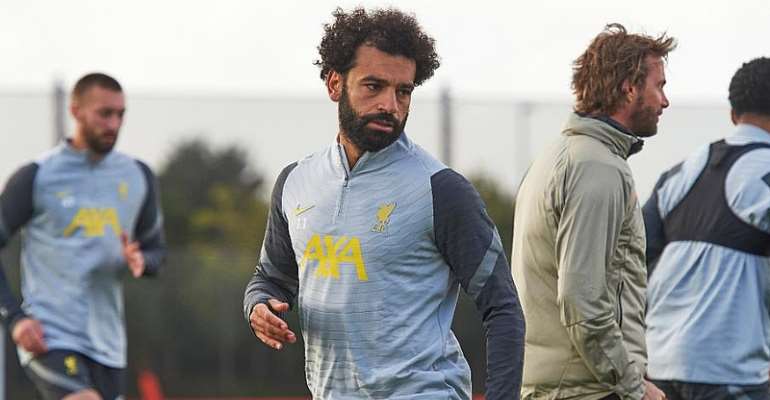 Mohamed Salah shares first place in the Premier League Golden Boot race with Jamie Vardy and Michail Antonio after scoring his fifth goal for Liverpool this season at the weekend.

The Egyptian star put the Reds ahead in the second half and the visitors later led again in a thrilling 3-3 draw at promoted Brentford.

Two-time African Footballer of the Year Salah has also netted in the league this season against Norwich, Chelsea, Leeds and Crystal Palace, with Burnley the only team that kept him scoreless.

Here, we highlight Africans who starred in the five major European leagues.

Salah slotted home a Fabinho pass in the 54th minute and the goal was eventually awarded by VAR after initially being ruled offside. "When people look back, people will speak about players in this team and they will speak about Mo," Liverpool boss Jurgen Klopp said.

The Gabon forward hit his fifth goal of the season as Arsenal stormed to a 3-1 victory against north London rivals Tottenham. Aubameyang netted with a clinical finish at the end of a flowing counter-attack in the 27th minute at the Emirates Stadium. His goal put Arsenal 2-0 up and they cruised to a third successive league win, lifting them above Tottenham in the table.

The Senegal winger salvaged a 1-1 draw against Newcastle at Vicarage Road by heading home after Josh King flicked on a 72nd-minute corner to cancel out Sean Longstaff's first-half opener. It was the 23-year-old's fourth goal this season.

He helped Sevilla climb to third in La Liga by scoring in a 2-0 win over Espanyol. The Moroccan striker's smart finish in the 13th minute put Sevilla in front at home before Rafa Mir made sure of the victory after Thomas Delaney had been sent off. En-Nesyri has three goals in six league games for unbeaten Sevilla.

Nigeria forward Osimhen continued his blistering recent form by opening the scoring early in Napoli's 2-0 win over Cagliari. The 22-year-old met Piotr Zielinski's low cut-back in the 11th minute to net his sixth goal in all competitions this month, before winning the second-half penalty from which Lorenzo Insigne sealed the points.

The Mali midfielder scored for the second weekend running, grabbing the final goal in a 6-0 thrashing of Hertha Berlin to boost Leipzig confidence ahead of a Champions League home game against Brugge on Tuesday. Haidara fired into the net from the edge of the area, having also netted in last weekend's 1-1 draw at Cologne.

The Mozambican grabbed a late equaliser for Bordeaux in a 1-1 draw at home to Rennes. Mexer's bobbling shot following a corner took a deflection on its way in -- his first Bordeaux goal coming against his former side in a game dominated by Rennes.

PSG extended their perfect start to the season with an eighth straight win, beating Montpellier 2-0 thanks in large part to Gueye's thunderous strike from 20 metres that gave them the lead. The Senegal midfielder has scored three times in five Ligue 1 appearances this season.