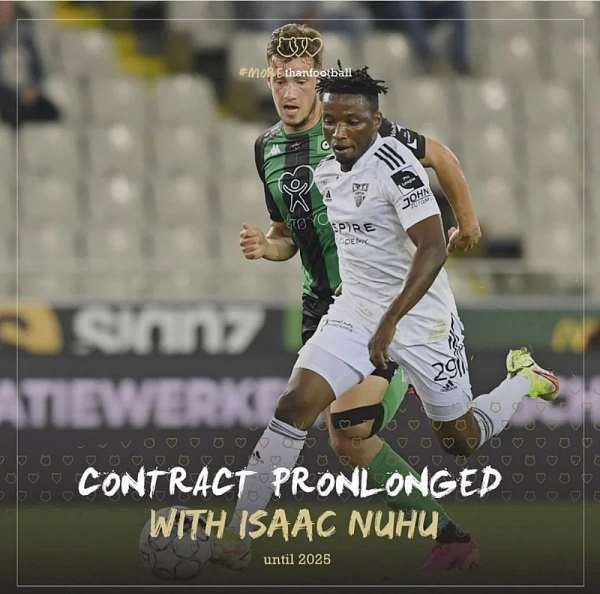 The talented winger joined the Belgian Pro League outfit in 2020 from Aspire Academy in Senegal.

After a year, he has already proven himself and has started the new football season on a bright note.

Keen on keeping the player at the club, KAS Eupen has extended the contract of Isaac Nuhu until 2025.

“KAS Eupen has extended the contract with the Ghanaian offensive player Isaac Nuhu by three years.

He has a buyout clause of €10.5 million euros and will not be easy to poach from KAS Eupen.