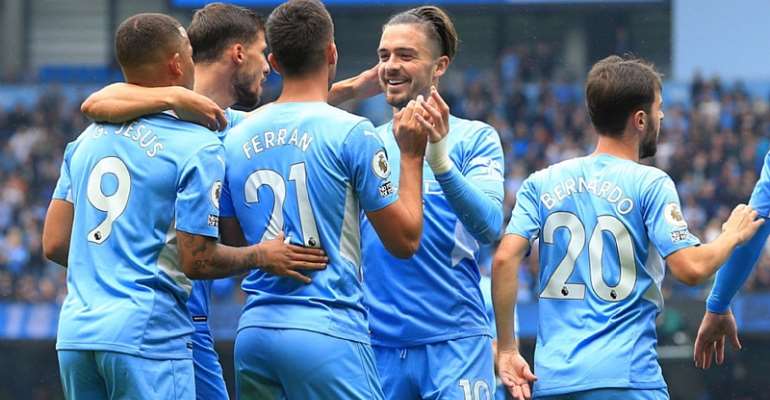 Champions League Soccer action opens Tuesday night with Ajax hosting Besiktas and Italian champions Internazionale away to Shakhtar Donetsk in the early evening, but the pick of the games comes from Parc des Princes, as Paris Saint-Germain host Manchester City and look for revenge for last season’s semifinal defeat at the hands of the English club. SuperSport viewers on DStv and GOtv can look forward to Matchday 2 action from the UEFA Champions League, with matches scheduled to run from Tuesday 28 to Wednesday 29 September 2021.

DStv and GOtv is the only true home of football in Africa, offering a range and depth of action that no other rival can match it’s literally ‘Unbeatable Football’! If you’re going to spend your money on something, it may as well be on the best football in the world.

“The players are always talking about [last season's final]. They're determined to go one better this year. It's a good start for us. Hopefully, we can go all the way this time,” said Man City midfielder Jack Grealish after their thrilling 6-3 win over RB Leipzig earlier this month.

“We go home with the awareness that the team can grow and that the Champions League level is really high, we will have to try even harder,” said Milan boss Stefano Pioli after his side’s narrow 3-2 loss away to Liverpool.

The top clash from Wednesday is a repeat of last season’s UEFA Europa League final, as Manchester United welcome Villarreal to Old Trafford. The Red Devils will be hoping for revenge against the Yellow Submarine after that infamous penalty shootout loss back in May and aiming to bounce back after their shock opening defeat away to Young Boys.

“It’s the first game in the group. We’ve got many games to bounce back and we must do. We’ll try and pick up three points in our next game and build momentum from there,” said defender Harry Maguire.

Other matches to watch out for include Benfica hosting Barcelona for an Iberian derby, Sevilla visiting Wolfsburg and a heavyweight bout between Juventus and Chelsea at the Allianz Stadium in Turin.

“Victory leads you to more victories,” said Juve forward Alvaro Morata. “It was important to start the Champions League with a win. The line between losing, drawing or winning is very thin but we are working well. We have to take the positive aspects and listen to the coach and the most experienced players.”