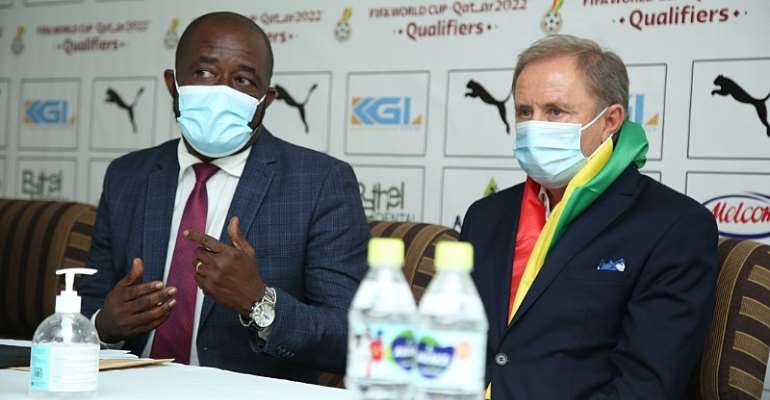 Spokesperson for the Ghana Football Association [GFA], Henry Asante Twum has revealed that they settled on Milovan Rajevac as Ghana new coach due to his heroics with the Black Stars in his first stint.

The Serbian trainer has been named as CKAkonnor's successor.

The 67-year-old has signed a one-year renewable contract with the Ghana Football Association [GFA].

In his first stint with the Black Stars, Milovan steered the team to the final of the 2010 Africa Cup of Nations in Angola but lost to Egypt.

In the history of the country, the Black Stars played in the quarterfinals of the 2010 Fifa World Cup but lost to Uruguay in a penalty shootout.

And Asante Twum reacting to the appointment of Milovan on Accra based Assase Radio said the country's football governing stelled on Milovan due to his heroics with the Black Stars.

“Coach Milovan Rajevac was selected based on his track record of taking the Black Stars to the quarter-finals of the 2010 FIFA World Cup in South Africa,” he said.

Milovan has been tasked to win the 2021 Africa Cup of Nations scheduled to be hosted in Cameroon next year and also qualify the country for the 2022 Fifa World Cup.

His first assignment will be a doubleheader against Zimbabwe next month in the qualifiers for the global showpiece.