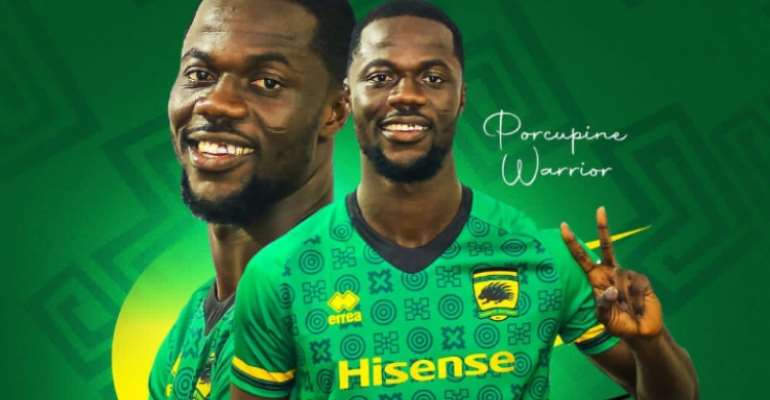 Asante Kotoko have have confirmed the signing of midfielder Richard Boadu from Medeama SC.

Boadu has signed a three year deal with the club ahead of the 2021/22 Ghana football season.

The transfer fee will be paid by Asante Kotoko in two instalments with the first tranche of GHC60,000 while the final tranche of GHC40,000 is expected to be paid next year.

He was outstanding for the Yellow and Mauves lads even during the absence of Justice Blay, having cemented the holding role.

The 23-year-old central midfielder made 24 league appearances, scoring a goal which ironically came against Kotoko in their Ghana Premier League match-week 21 at the Obuasi Len Clay Stadium.

There was genuine interest from Hearts of Oak for the player but it appears he opted to join the Porcupine Warriors.

Boadu return to Ghana few days ago after his move to Serbian SuperLiga giants FK Partizan Belgrade hit fell through.